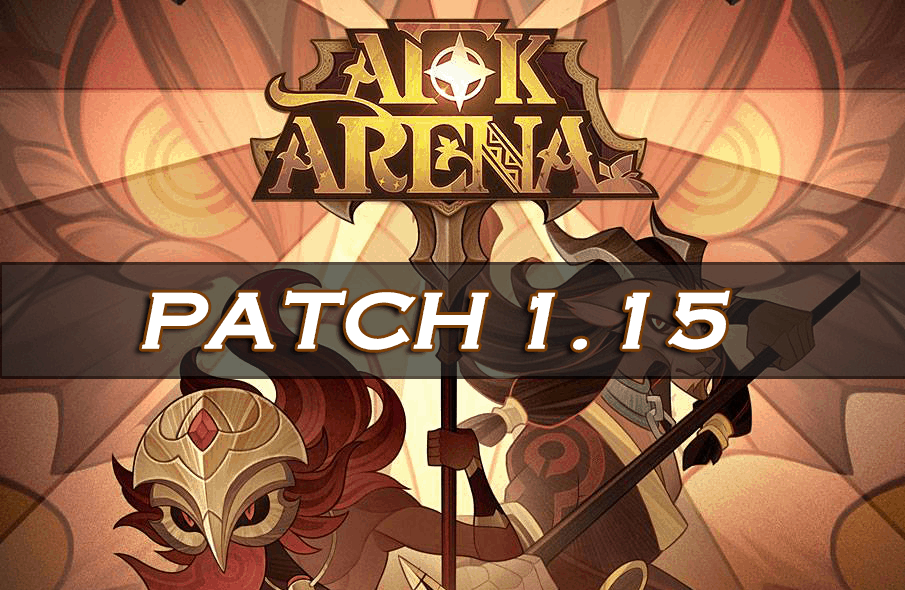 The Hypogean don’t have any heroes yet though and the Celestials only have one added in the patch.

Hypogean and Celestial faction advantages will work differently to the other 4 factions.

Celestial heroes can be viewed as a Graveborn, Lightbearer, Wilder, or Mauler hero when increasing factional bonuses.

Hypogean heroes will not activate any other faction’s factional bonuses but will give all allied heroes the following effects based on the amount of Hypogeans current in the formation:

Note: You won’t lose any power with these changes! The hero fodder required to reach max level is the exact same as it is now.

To optimize and smooth out hero ascension progression, we have made the following changes:

New changes to the ascension tier progression does not affect the current battle dynamics of the game.

All heroes possessed by players that were currently Mythic will automatically be upgraded to Mythic+ and all Mythic+ heroes will become Ascended heroes.

Here’s what the new progression will look like compared to now:

New Crystal Level feature added to the Resonating Crystal which is unlocked when 5 level 240 players are standing on the Crystal Pentagram.

Stars can be used to increase the Ascended heroes’ attributes. Maximum star level is 5 stars.

Added new Legends’ Challenger Tournament, which can be unlocked after completing Chapter 5 of the campaign.

Added new Legends’ Championship Tournament, where players can qualify for by performing well in the Legends’ Challenger Tournament.

Added a new ‘Ladders‘ feature which can be unlocked after completing Chapter 4 of the campaign, where players can compete against each other based on their game achievements.

The difficulty and AFK Reward rates for Chapter 21 has also been adjusted.

Added the new adventure “The Dismal Descent” to the Peaks of Time that can be unlocked after stage 15-4.

The King’s Tower floors have been raised up to 300 floors. Difficulty of several floors above 200 have been adjusted to become slightly easier.

Added a new hero test play feature that can be found in the hero portraits page, where players can test play a hero they do not possess.

Raised the max level of the bounty board quests and added Ascended tier quests that produce higher level rewards.

Optimized the visual art effects for the Noble Tavern.

Added a health bar for guild bosses within guild hunting and increased the guild boss rewards based on the amount of damage done to them.

Raised the limit of daily guild activity points that can be accumulated which is based on the guild’s level.

Optimized and amended game descriptions for several of the game’s languages.

Adjusted the circulation of faction summon packs which will take effect on April 5th.

The requirements needed to open the Stargazer have been changed so that they now require completing Chapter 15 or VIP Level 13.

Tasi
Tasi will no longer use the ability ‘Banishment’ if there is only one remaining enemy alive.