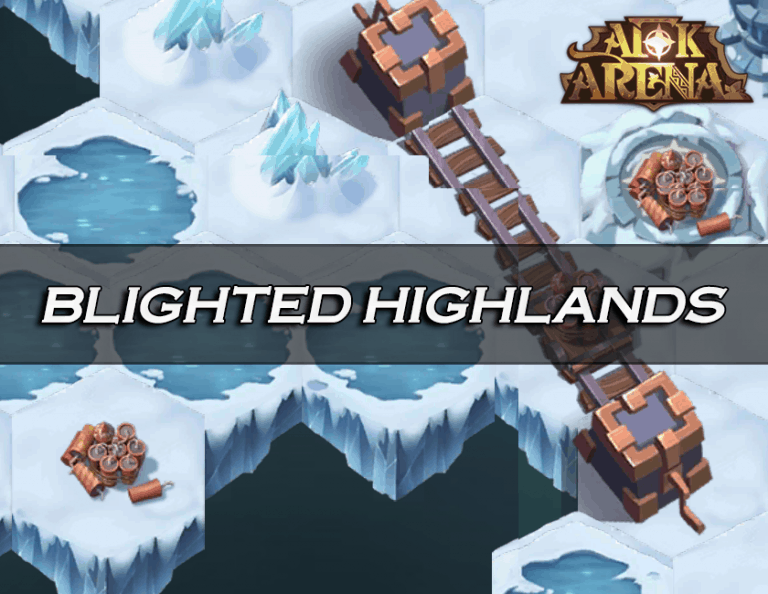 Blighted Highlands is a brand new adventure in the Voyage of Wonders.

Here’s a visual guide to completing 100% of the map.

Line up the Cannons to ignite the Firecrackers. It’s important to do them in the correct order, or you’ll need to restart the map.

Use the Lever to disable the shields surrounding certain firecrackers.

The Ice Elemental will proceed through the map and freeze the lakes, allowing passage.

The final chest (Step 28) requires Anoki in your team formation to unblock the path. However, it doesn’t need to be completed last.

These are the rewards for looting every chest:

After the Frozen Mother’s howling had ceased, the winter ice began to thaw, allowing for Flora’s Spring warmth to be ushered into Esperia once more. However, as nature flourishes, so does an Ice Elemental. Without any warning, a turbulent elemental has appeared at the heart of the Lightbearer Kingdom, which is causing havoc, destroying everything and everyone that it comes into contact with.

The Ice Elemental has slowed the coming of Spring. Its icy winds have laid waste to young Spring saplings, killing them before they even had a chance at life. If the Ice Elemental is not dealt with quickly, the whole of Esperia may find itself suffering from a great famine very soon. In order to save Spring, brave heroes must meet head on with the Ice Elemental to snuff out the danger with which it threatens the world, before it’s too late.