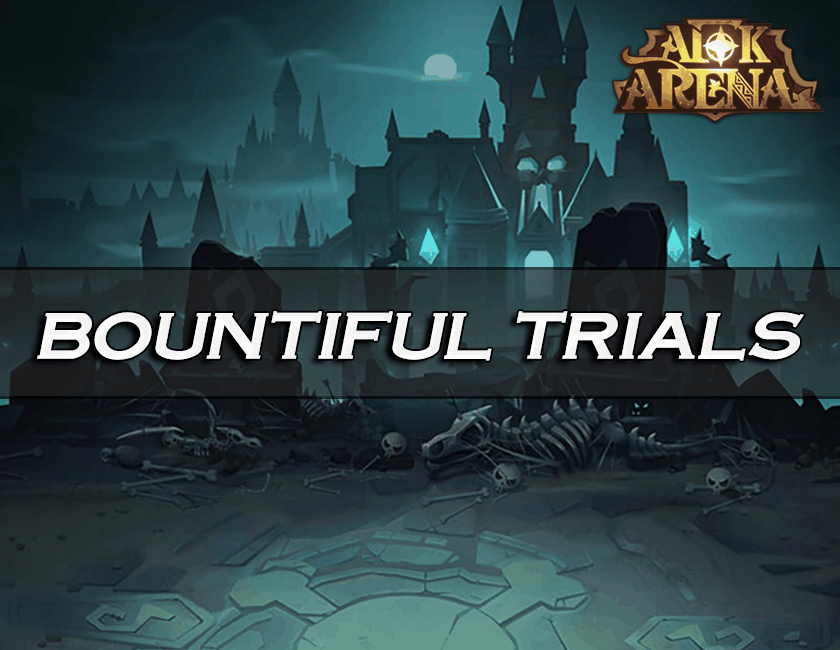 The Bountiful Trials feature in AFK Arena allows players to test out a hero for free in a preset environment.

They’re only available for a limited time after a new hero is released.

Players must defeat Arena Guardians within the trial map. Each guardian has a certain amount of heroes that the player can choose to use in battle. Figuring out which heroes to use is the main mechanic.

Rewards can be earned from completing the trial and looting the chest.

Here are the team comps for each arena guardian.

The Arena of Trials is a place brimming with magical energy. In some respects, it doesn’t truly exist in the real world. It’s more like a fantastical, magical-borne mirage. Nevertheless, the danger of this mirage is very real. With trial upon trial and ordeal after ordeal, those who have successfully obtained the treasure are a precious few indeed!