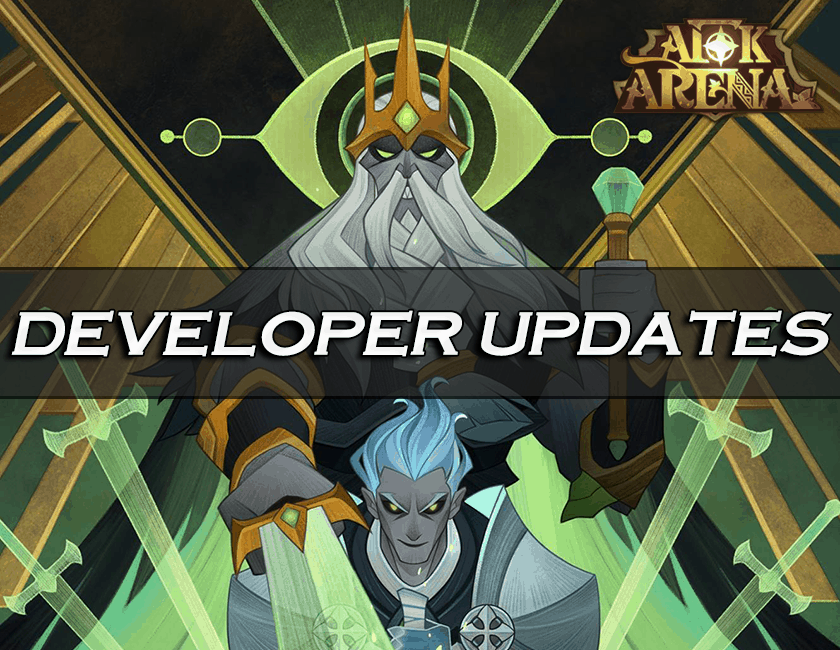 The developers of AFK Arena regularly do an update post for current topics related to the game.

Q: How will Abyssal Expedition be improved in the future?

A: In our “first look” season for Abyssal Expedition, we received feedback and suggestions from all kinds of players, which will be very helpful for us in improving things going forward – we’re really grateful. For future releases, we’re planning to improve in three key aspects.

Firstly, we want to improve the rules for team cooperation, balancing individual development with team strategy. For example, we want to look at the Gate mechanism, and make it so that players receive rewards based on their contribution to boss (gate defender) battles, and after the boss is defeated, the gate itself will serve as a Militia’s structure instead of a private settlement. Next, we want to gradually improve features for convenience and cooperation. For example, players could directly share territory details through chat; besides personal marker, players could leave militia marker to help notify their allies; also, there will be improvements to territory occupation/abandonment.

Finally, although it’s still a Beta season, the leaderboards in each region have been full of players jockeying for position. In future official seasons, we want to comprehensively improve reward mechanisms, giving everyone more categories of bountiful rewards, and giving Guilds and players on the leaderboard more opportunities to receive unique and awesome-looking mystery honors and rewards.

These changes mentioned above might not go live immediately with next season, we will gradually implement these improvements in future versions. Lastly, we would like to thank players again for your passionate participation and discussion of Abyssal Expedition in its debut season. We’ll do our best to bring you even more awesome content (｡ì _ í｡).

Q: There are some Heroes that are less popular, as there aren’t many opportunities to use them in battle. How do you think this can be improved?

A: We’d like to take this opportunity to talk about Hero balance changes and improvements going forward. We are constantly improving our evaluation systems for online hero data in order to have a comprehensive understanding of heroes’ performance in different mode. We will try to rework skill mechanisms for heroes which are more difficult to make use of in different playstyles, making sure players can make the best of them. Of course, you don’t have to worry about enemies being more difficult to defeat after we’ve made adjustments. While we’re reworking the skill mechanisms, we’ll still be evaluating the difficulty of enemies for Heroes’ stages. We can say that in the next update, there’ll be skill reworks for two Mauler Heroes, so stay tuned o(￣▽￣)d.