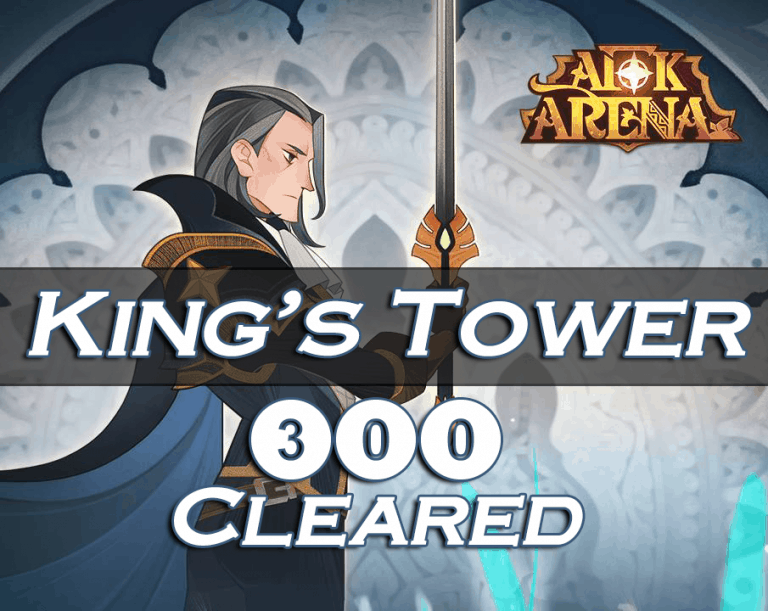 The 300th floor of the King’s Tower has finally been cleared! This is currently the highest floor in the game.

It’s not 100% confirmed as the battle record might be delayed or missing players, but I believe the first person to clear it was a player named Azari!

Congratulations to them for figuring out how to beat the floor. It’s quite brutal with 2x Athalia in the enemy team.

This was the comp that Azari used:

The idea behind the team chosen is that Ferael and Lyca can dodge the attacks of Athalia.

It takes a bit of RNG to get it done, but with enough tries this team can easily beat the stage with the appropriate level (I also beat it with this team).

Once you beat 300, you’re stuck at this screen: