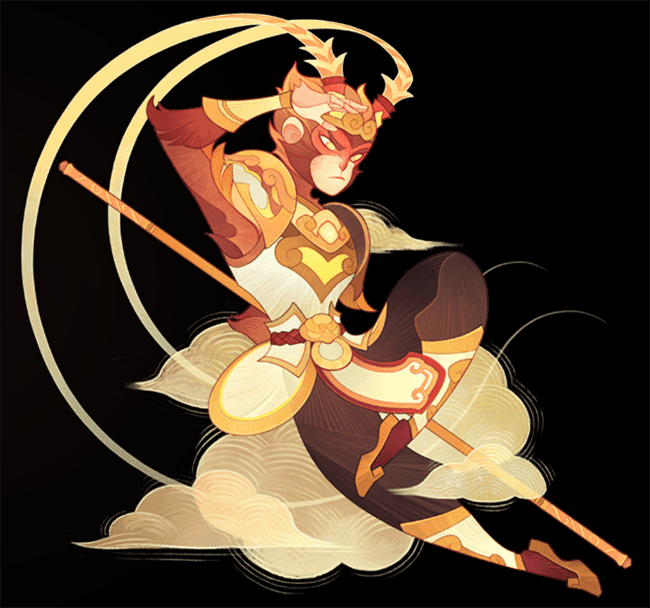 A new hero has randomly appeared on the test realms!

He’s a Celestial hero and his name is Wu Kong – The Monkey King.

You’ve probably heard the name before as Sun Wukong is a very famous character from Chinese Mythology.

We knew he was coming at some point as he is a pre-registration reward for the Chinese version of AFK Arena, but now he’s confirmed for global servers.

The unique thing about Wu Kong is that it seems he can be bought from the Labyrinth Store for 45k coins. This would make him quite F2P friendly compared to other Celestial heroes.

His story and skills etc can be found on our Wu Kong Hero Guide.