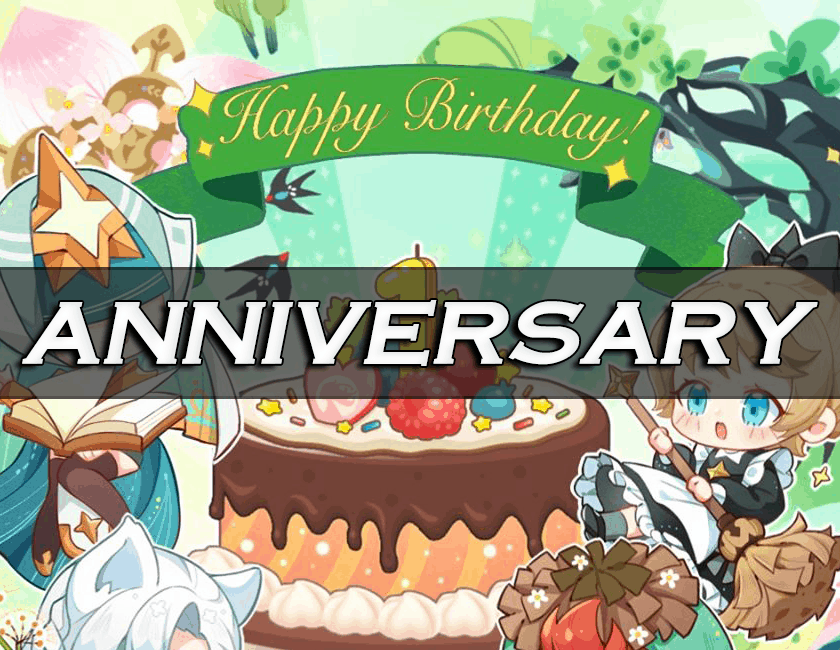 A new event for AFK Arena’s one year global anniversary is coming soon!

It will be 4 different mini-events all released together at the same time.

The new dimensional hero Ukyo should be released as well. He’ll be free for 7 days, but then much be purchased to keep.

This is the event specific to the One Year Anniversary.

And one free Elite hero, out of a choice of 5:

Then for the next 6 days you’ll receive one special reward a day:

You fight the boss once a day and earn currency depending on how much damage you deal to him.

The maximum amount of flowers that can be obtained per day from the boss is 100.

Very limited testing as it’s not released on global servers yet, but this standard team obtained 100 flowers from the boss.

Wu Kong seems to be a decent hero to use as well.

These are the skills for the boss.

Players will have the opportunity to challenge Azmonath once per day.

Players will be able to acquire the event items the ‘Vibrant Bloom’ flowers by inflicting damage upon Azmonath.

Vibrant Bloom flowers may be exchanged for a multitude of rewards.

Azmonath’s difficulty will be determined by each player’s own combat rating.

This event is where you can spend your currency earned from The Soul Reaver. It can also be earned from AFK rewards.

You can pick a single reward, and then it will be randomly assigned to a tile. The tiles can be flipped by spending currency.

These are the heroes that can be obtained:

This event is for the new Tasi skin.

You’ll need to complete 15 quests to unlock her new skin. All of the quests can be done at the same time.

Players can complete quests on the event page in exchange for a variety of rewards.

Every completed quest will further your progression towards unlocking a new gemstone. If a complete row or column of quests are completed, a gemstone will be unlocked and you may claim the rewards it holds within.

The time to celebrate the end of the enduring winter has finally arrived. New saplings adorn Almus’ long branches and Solise has crafted her good friend, Ira, a beautiful garland. Ogi has awoken from his long hibernation and Kaz, Nemora and Tasi have all come out to play.

As always, Tasi suggests a game of hide and seek. The game which she is of course, the best at. “It’s my turn to hide!” Tasi said, and before anyone could even react she was gone. They searched high and low for little Tasi but still, no luck. “She was hiding on one of Almus’ branches last time.” Kaz spoke, exasperatedly.

“And the time before that, she was hidden in Arden’s beard! By the time we’d found her it was already summer!”

“The new clothing Solise weaved for Tasi is bright and vibrant. She made it for just this very reason! We’ll find her in no time.”