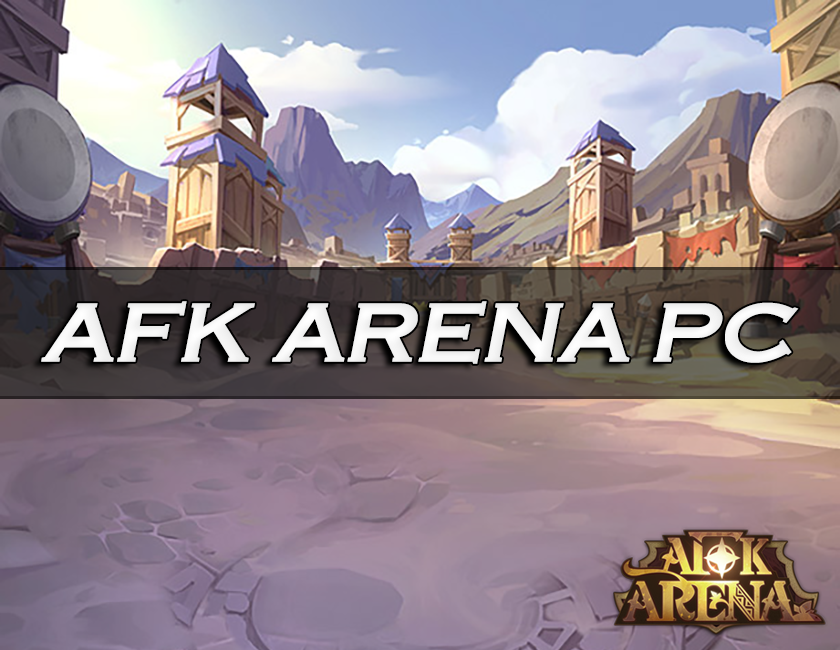 Looking to play AFK Arena on your PC or Mac? Well, there’s a really easy way to do it, and we’ll show you how on this page.

It might seem a bit silly to play mobiles games on your computer, but for games like AFK Arena it can be actually really useful and convenient. This is especially true if you spend a lot of time at the computer like me!

You can keep the game running in the background and attempt campaign stages or king’s tower floors whenever you want.

Also sometimes you might just want to login and check things like the arena ladder, or collect your bounties, etc. Instead of having to get up and find your phone, you can just login straight from your computer.

So how do you do it?

It’s pretty simple, but you’ll need to install one program; an Android Emulator.

This is basically a computer app that acts like a phone device with android on it. You can use it to install any mobile apps or games from the Google Play Store.

Which Android Emulator to Use?

Personally, I’ve been using an emulator called Bluestacks for a couple of years now, and it works great. It’s a very popular emulator, and for good reason.

What I really like about BlueStacks is the Multi-instance feature that allows you to play multiple games at once. This is perfect for someone who loves to play gacha/idle games, as you can just load them all up at once and complete the dailys at the same time.

There’s a couple of other good emulators as well, such as Nox, but overall I think BlueStacks is ahead of the competition for user-friendliness and features.

I first installed BlueStacks because a while ago there was a new game out called Lineage 2: Revolution (it’s basically an autoplay MMO), but it required a really powerful phone to run smoothly. While mine could still play it, there was a little bit of lag and it completely drained my phone’s battery.

I found out about Bluestacks and decided to try the game out on my computer instead. I was genuinely surprised at how well it ran, it was almost as good as a native PC game. L2:R is definitely a perfect game for emulators though, as to stay competitive you basically have to leave it running on autoplay forever, which isn’t great for your phone’s battery.

Anyway, I’m getting off track… but yeah, basically Bluestacks is pretty good.

To try it for yourself, you can download it here.

Is it allowed?
Android Emulators aren’t officially supported by Lilith Games, but there shouldn’t be an issue when using them with AFK Arena. I’ve personally used it for many months without any issues.

If for some reason they didn’t want players to use an android emulator, we would know about it for sure. And to be honest, I wouldn’t of started to make guides for the game if that was the case, as using an emulator is very convenient to take screenshots etc. It’s also probably used by YouTubers or Streamers to record the game.

It’s not like Bluestacks is some shady app, it’s widely used by many people and has over 300 million total users. At the end of the day, you’re still just playing the game like normal, but on a different device.

Can I play on iOS?
You can use your iOS account for AFK Arena on Bluestacks if it’s merged with Facebook, but there aren’t any emulators for iOS.

by AFKArena
in AFK Arena Guides
0