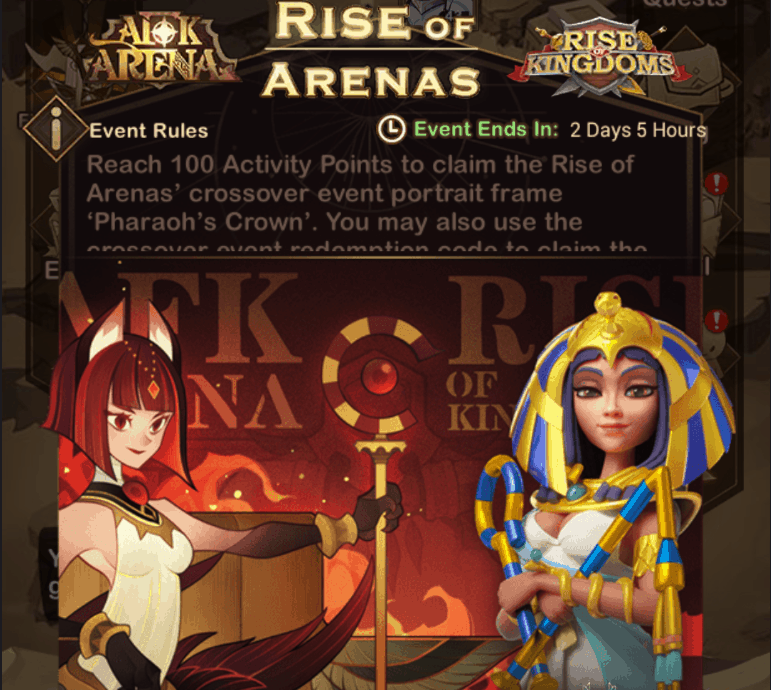 A small crossover event for Lilith’s other game “Rise of Kingdoms” is now live! It only lasts for 6 days, so don’t miss out.

You’ll also receive one unique redemption code for an item in Rise of Kingdoms called “Wings of Tasi“.

To unlock them both, you simply need to earn 100 Activity Points by completing daily quests while the event is active.

Only one redemption code per player account may be generated.

Only one event frame may be redeemed per account. If an event frame already exists on an account, players will not be able to redeem the item again.

Regions where AFK Arena has not been launched are ineligible to partake in this event.