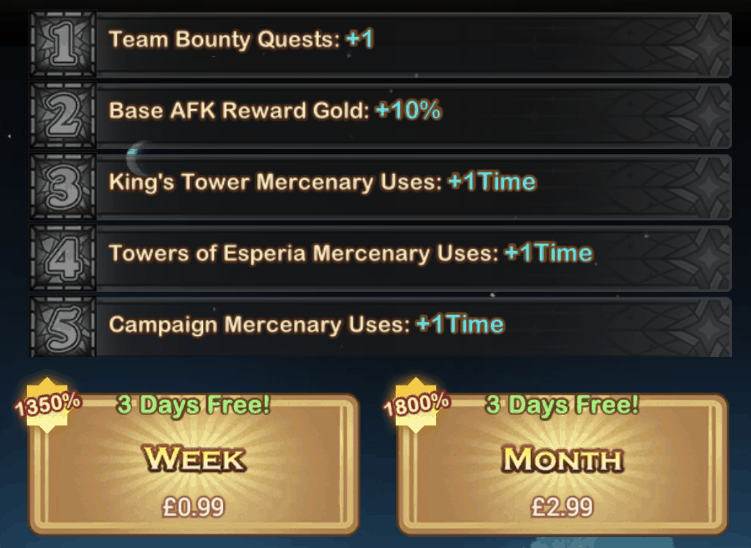 There is a new service on the test servers called “Subscription”. It was added in patch 1.28 as “Noble Subscriptions”, however it wasn’t activated with the release of the patch.

It’s very similar to the monthly card, except instead of daily diamonds you get special “privileges” instead.

The exact cost will depend on your local currency, but it’s relatively cheap.

Both subscriptions come with 3 days extra for free (presumably only for the initial purchase). Buying the monthly version is slightly cheaper.

The privileges work on all servers for your account.

It does not reward VIP experience.

As it isn’t live yet on global servers, everything is subject to change.