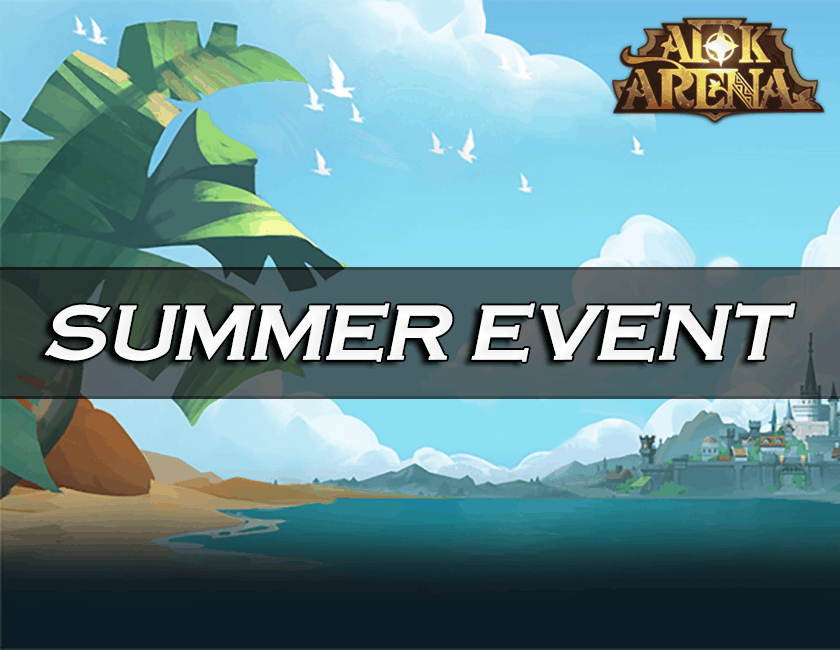 A new set of summer events are coming to AFK Arena soon!

The rewards include new a skin for Lucius and also Dolly, the girl in the tavern.

The events aren’t very involved, it’s mostly passive activities. However, the rewards are quite generous considering zero money has to be spent for the skins.

This event rewards the new Lucius skin called “The Mariner”. It requires 15 quests to be completed. Each quest also gives Wishing Bottles, which is the currency for other event rewards.

None of the quests are particularly hard, and more importantly, no money is required to be spent this time.

This event is where you can exchange “Wishing Bottles” for rewards. The currency is earned from completing the 15 treasure hunter quests, and collecting the login rewards from Summer Delights. Presumably they can be bought at the merchants as well, but this is not confirmed.

Amount of Wishing Bottles that can be earned:

This is easily enough for the Dolly skin.

This is a passive event. You’ll receive one new reward every day for a week.

The final chest reward is one free elite copy of either Lucius, Flora, Baden, Nemora or Skreg.

Not really an “event”, but it allows players to trial the new Dolly skin for 7 days.