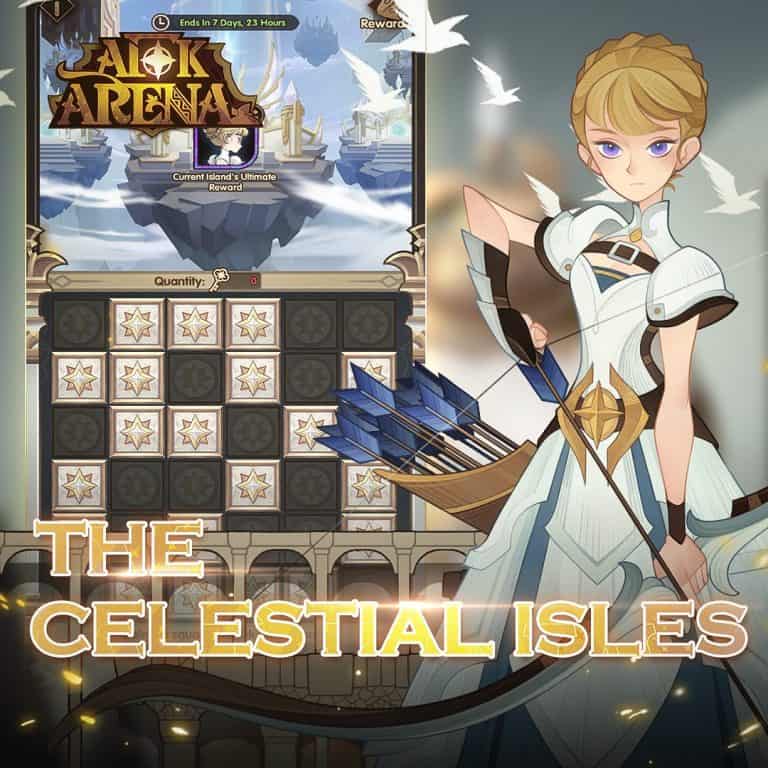 A new event is coming soon to AFK Arena!

The strange cubes found upon the celestial isles were created by Ansiel, the Heavenly Crafter. They were used to keep the celestial artifacts from the hands of those with evil intent. Meticulously crafted from ethereal energies made tangible, they are as intricate as they are secure. Each cube consists of multiple parts that twist and rearrange into protective patterns that give way only to a celestial key. Acquiring something so valuable as a celestial key, however, is far from an easy task.

The main feature of this event is to reveal the hidden treasures behind each square on an island.

Treasures can be revealed by simply tapping on each square, however each one requires a key.

These keys can be acquired by looting the daily quest chests. A total of 5 keys can be earned per day.

Players can select an “ultimate reward” for each island, which is a pre-selected hero of their choice. This hero can then be contained in one of the treasures.

If a player finds their ultimate reward, they can then choose to proceed to the next island, however all remaining squares will disappear.