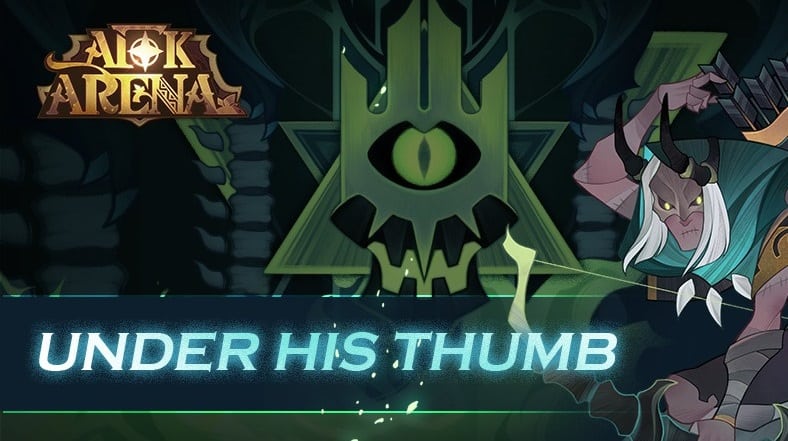 Part I: The Bantus Wasteland

As the Bantus Empire, Thoran’s lands had flourished for generations. Nowadays, it is a place of death and solitude, corrupted and defiled by death and necromancy. Countless souls wander the streets of the abandoned capital, the deathly vapors of their rotting bodies swelled into a lingering haze, obscuring the sky, making any living thing who thinks to venture here give pause.

This dreaded place was once the grand hall of the Imperial Palace, where kings throughout the ages held court and settled the empire’s affairs. Since Thoran regained the capital in the name of the Fallen King, it has been renamed the Court of Terror.

As in the past, Thoran does most of his governing from here. But one thing is very different from the past: Thoran no longer leads the empire through kindness and compassion, instead ruling with a cold iron fist. Now an out-and-out undead tyrant on behalf of his master Quaedam, he brings stability through cruelty and terror.

The Court of Terror is comprised of a number of crafty, powerful Graveborn who assist Thoran in ruling over his empire of the dead.

Grezhul’s forces are the defenders of the Graveborn army. Every undead warrior in the army was an elite guard of the empire, in most cases of noble or royal blood. They were selected for their skills, and even more so for their loyalty to the king. In a sense, it is a royal guard as much as it is an army.

In the bloody coup that killed Thoran, his personal guard was ambushed by the rebels. His entire guard, including Commander Gareth, were killed. After Quaedam resurrected Gareth as Grezhul, the vengeful guard captain resurrected all of his fellow guardsmen, who then rose up to join him in slaughtering the rebels.

Grezhul, now a Graveborn, is still loyal to Thoran. He leads his Legion of Terror to guard the abandoned capital day and night, vowing to never let another potential traitor near his king.

The Black Prison is a concentrated expression of Thoran’s cruelty. It is a horrible place full of misery and anguish, designed to hold and torture any Graveborn who dare to disobey Thoran.

Since being murdered by his own brother, Thoran has suffered from a profound paranoia, never again trusting another soul, living or dead. As a Graveborn, Thoran lacks many of the traits for which he was once praised. He is now devoid of mercy, wisdom, and kindness. He is now arrogant, violent, and completely intolerant of the slightest hint of disobedience. Any poor soul that dares draw his ire is sent to the Black Prison, where the immortal undead can be tortured for an eternity.

The Graveborn do not feel pain of the flesh. Some undead do not even have a physical form. But the Black Prison is not designed for torturing bodies; it is designed for torturing souls. The sadistic warden of the Black Prison knows this. Cold, merciless and ever-dutiful, he is a virtuoso of inspiring pain and despair that strikes to the soul. The Black Prison echoes day and night with agonizing screams, the product of his hard work. The cries of the tortured souls are so intense that the few mortals to have come close enough to hear them, have rarely returned with their sanity intact.

The prison is well-guarded day and night by a garrison of Graveborn soldiers who never need rest. Ever-vigilant, few souls have managed to escape in its many centuries of operation.

Part II: The School of the Dead

The School of the Dead is an academy for necromancers, dedicated to further delving into the secrets of the underworld. The scholars there have an avid obsession with vaulting the hurdle that is death, and view necromancy not as a defilement of the natural order, but instead as a transcendental magical art.

The School of the Dead is divided into two factions: the Spiritualists and the Metamorphs. There is a great rift between them, as they differ on many issues. The Spiritualists are traditionalists, wanting to hold all necromancy to certain conventions and to maintain certain lines that should not be crossed. They specialize in white bone and psychic spells. To the Metamorphs, these spirits are too disciplined and closed off to new ideas. Metamorphs seek to integrate other magical practices, such as alchemy, to transform and enhance the Graveborn. To the Spiritualists, this is taboo, almost heretical, as it implies the Metamorphs are not grateful enough for the gifts bestowed upon them by Lord Quaedam.

The Spiritualists are a group of necromancers who specialize in white bone and psychic spells. They are eager to understand the mysteries of the underworld through necromancy, and to grant souls eternal life after death. They live in the dark underground all day long. Locking themselves away in tombs, they bury themselves in their work, studying the mysteries of necromancy.

Most of the Metamorphs were alchemists and technicians in life, who wish to apply their knowledge of other fields to further strengthen their necromancy. Radical and unfettered, they have their own laboratory dedicated to transforming undead creatures.

No one knows exactly what experiments go on in that lab. All anyone sees are the terrifying results. Though they may be scorned by the Spiritualists, and their experiments have a very high rate of failure, it is undeniable that they have indeed created some “masterpieces” that shock the heavens.

The Eldritch Council is a mysterious organization about which very little is known to the outside world. They are something of a thorn in Thoran’s side. Although the Council stays hidden behind the scenes, they exercise great authority, acting as representatives of Lord Quaedam, communicating his will to Thoran in private.

The Council is led by three elder Graveborn, ancient souls whom Quaedam knew in life. They were the first three that Quaedam called over from the land of the dead, the first three to make a pact with him.

The three elders each oversee a different arm of the Council, responsible for a different aspect of the empire’s governance: the council’s committees refer to themselves as the Unholy Precepts, the Death Knell, and the Mausoleum. The three branches of the Council ensure the survival of the Graveborn.

The Unholy Precepts delegate laws and policy for the Graveborn, deciding on rules of proper conduct.

The Graveborn are often thought to be chaotic and disorderly because of their evil and filthy appearance. However, this is not the case. As something not unlike a more complicated hive mind, there is incredible discipline and order among the Graveborn. These orders are precisely defined and by the Unholy Precepts. Many of these orders would be unreasonable to the living, but for the undead, there is no physical discomfort, and no sense of individual will. The will of Quaedam and the Council are everything.

Among the Graveborn, no one has greater knowledge of necromancy than the elders of the Eldritch Council. They know that to continue growing the ranks of the Graveborn, the living must continue to create new life. Therefore, the Unholy Precepts have secretly controlled the frequency of war between the undead and other living races, ensuring a sustainable balance between life and death.

The Death Knell is a symbol of the far-reaching doctrine. It is responsible for spreading the knowledge of necromancy throughout the world of the living, recruiting believers to make pacts with Quaedam.

When the Bantus Empire was still ruled by the living, the teachings of the Necromancers had found followers at the very heart of the empire, allowing the Death Knell to orchestrate events from behind the scenes.

The Mausoleum are in charge of preserving knowledge. Their library, closely guarded by the Eldritch Council, contains all the important documents, necrotic scriptures, mysterious manuscripts, spell scrolls, etc. worthy of preservation for the Graveborn. All secrets regarding the undead are sealed here. It is the most important gem of the Graveborn empire. At the same time, it embodies its namesake: a seal of doom. Once opened, its knowledge will bring endless, immeasurable disaster to the world.

There are not only physical tomes and scrolls, but also “invisible” receptacles of knowledge. A gallery of souls, stored in the basement, contains many important specimens. These souls include those of history’s most knowledgeable scholars and sages. The Eldritch Council can extract their memories at will, accessing all knowledge accrued from every age.

Plaguegrip is an assassin and spy organization that answers directly to the Eldritch Council. First-class spies, they are masters of infiltration, assassination, forgery and counterintelligence. Serving primarily as the eyes and ears of the Council, they are also a scalpel when needed, able to snuff out life as easily as blinking.

Despite being Graveborn, they are still perfectly capable of infiltrating the societies of the living in order to steal intelligence or assassinate enemies as the Council wills.

Most of these agents were betrayed during their lifetime, so their suspicious nature further ensures their disciplined vigilance. Numb to emotions such as trust and compassion, they have no compunction about ending any life, completing their tasks with brutal, efficient precision.