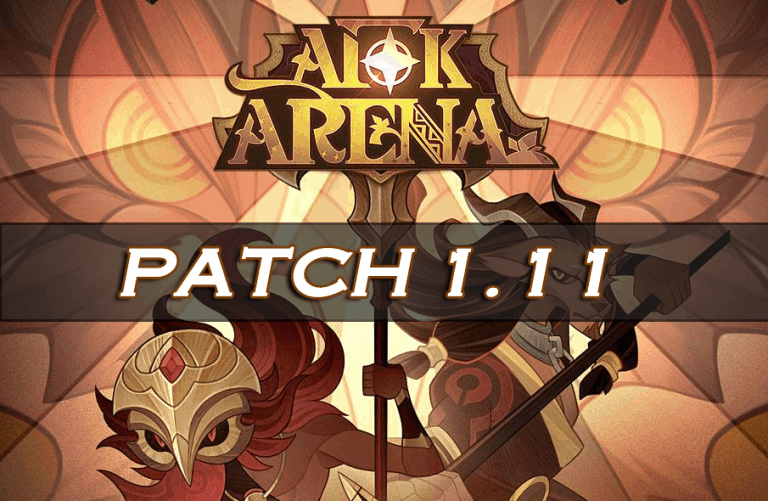 Added the new Mauler hero Numisu – The All Seer.

New structure “Peaks of Time” added to the Dark Forest that includes 4 new adventures, which can be unlocked by progressing within the campaign.

Added artifacts, a new type of equipment that can greatly increase a hero’s fighting ability.

Added lore and background information for some of the in-game buildings.

Added background stories and lore for each chapter.

You can now check other players’ hero information from within the Arena and friends list.

Made the following adjustments to the Labyrinth:

The highest and lowest hero on the Crystal Pentagram can no longer have a level disparity of more than 40 levels.

Common heroes of a mismatching faction will no longer be summoned when using faction scrolls to summon a certain faction’s heroes.

Library Tokens have been removed from the Library and replaced with a progression bar. Once the bar reaches 100%, players can summon one hero from four of the available factions.

The “Leave Guild” option has now been moved to the main guild interface.

Auto selecting gear for gear enhancement will now enhance gear in increments of one star per time.

Fixed a problem causing the number of “attempts” remaining to be incorrectly deducted when team hunting.

Fixed a problem causing the order of servers in the server list to be reversed when switching servers.

Fixed a problem preventing the correct value for union bonus attributes not taking effect in battle for some unions.

Fixed a problem that caused the message “Failed to add friend” to appear when ignoring a player.

Fixed a bug that would sometimes display a message stating the King’s Tower had already been completed when it had not.

Fixed a bug that prevented Labyrinth boss rewards from being displayed.

Fixed a problem causing red update markers to appear on the Arena’s “Records” button, even though there were no new records to be seen.

Fixed a problem causing the incorrect hero level to be displayed in battle statistics when a hero’s level was being raised by the pentagram.