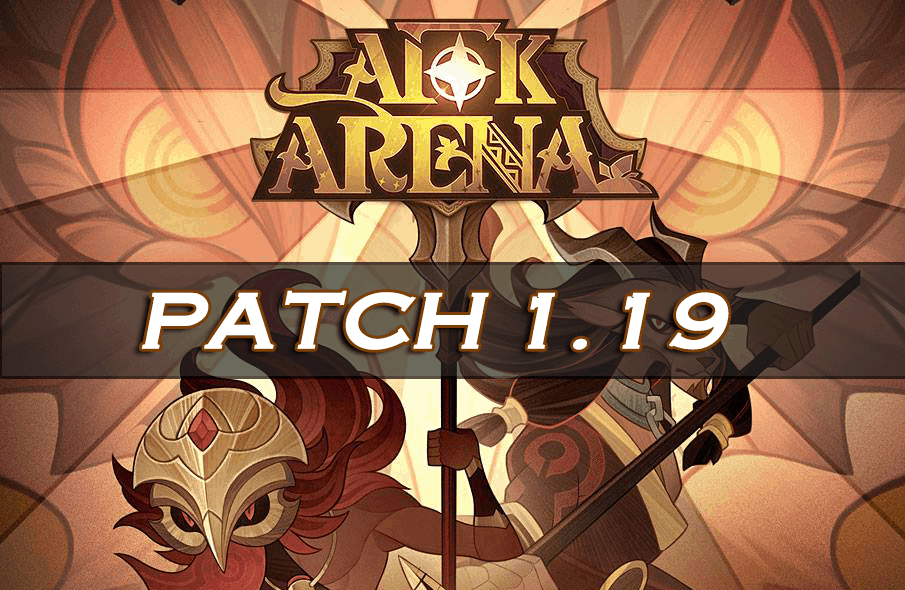 The update is now live!

Note: These are the “official” notes shown in-game, but it’s formatted differently for convenience.

Added a new ‘Strengthen’ gear feature to the game that allows players to upgrade their Mythic gear to Mythic+ by collecting and using specific items to ‘Strengthen’ them. Items that have been strengthened will still possess their original faction labels and star levels.

The items used to strengthen gear are able to be found in AFK Rewards after completing chapter 20 of the campaign and also have a chance to appear in the Store and Guild Store.

Adjusted the difficulty of some of the already existing floors in the King’s Tower.

Changed the visual design of the King’s Tower’s interface.

Added a new adventure to the Peaks of Time: The Abysmal Delves.

Added a new ‘Towers of Esperia’ quest. Rewards can be retrieved once a certain number of floors have been climbed in all four towers.

Adjusted the difficulty of several campaign stages in chapters 6 to 16 in order to make the incremental increase in stage difficulty smoother.

VIP Rewards are now collected via the VIP page.

The Bounty Board ‘Autofill’ feature can now be unlocked by reaching VIP Level 6 or completing stage 12-40.

Optimized how player formations are checked in the Legends’ Championship.

Optimized the interface for certain items, allowing players to use them more conveniently.

Optimized the effect visuals for the Hypogean NPC mage.

Optimized the interfaces for the Arcane Labyrinth and Rickety Cart, allowing players to navigate through their menus more quickly.

Appropriately reduced the damage for the ‘Cave of Treasure’s’ boss.

This was removed from the patch notes.

Adjusted the following Labyrinth and Peaks of Time relics:

The above relics that are able to deal damage to enemies now have an upper damage limit. The value of the damage limit is determined by the combined attack ratings of the 5 heroes currently in a player’s formation.

Friendly summoned creatures or illusions will no longer raise the attributes of any surviving heroes when they die.

Fixed a problem that would sometimes prevent melee heroes from attacking totems when they were located at the edge of the screen.

Fixed a bug that would cause Safiya’s ‘Spectral Disruption’ ability to persist even after her death.

Fixed an issue affecting Khasos ‘Obliteration’ ability, that would sometimes prevent him from correctly charging at his enemies.

Fixed a problem that would sometimes prevent Athalia’s ‘Judgement’ ability from targeting an enemy directly opposite her.

Fixed a bug that was incorrectly causing Skreg’s ‘Beast of Burden’ ability to allow Skreg to be impervious to enemy control abilities while he was using the ability.

Fixed a bug that was incorrectly causing Seirus’ Abhorrent Torrent’ ability to allow Seirus to be impervious to enemy control abilities while he was using the ability.

Fixed a bug that was causing Tasi’s ‘Teleportation’ ability to incorrectly reset the cooldown timer of an ability she was already using.

Fixed a bug that was causing Mirael’s ‘Flame Shield’ to incorrectly hurt enemies after she had cast the flame shield on them while in an ‘Entranced’ or mind-controlled state.