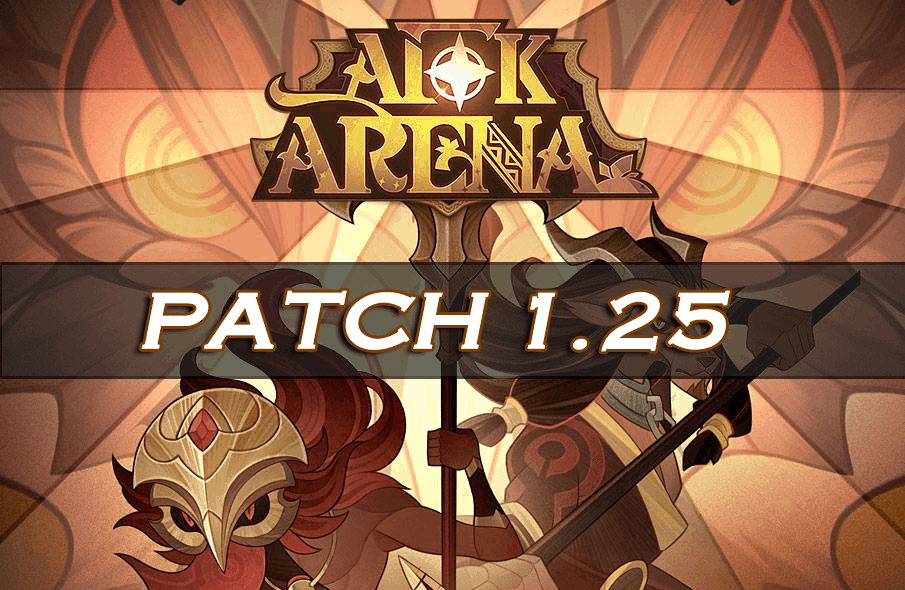 Added the new Celestial hero: Orthros – The Seer of Origins

Added a smart-ascension feature to the Temple of Ascension which will intelligently auto-ascend recommended Rare+ tier heroes into Elite tier heroes.

Completely reworked the Guild Hall interface and added a new Guild Grounds feature, where each member can set up their own personal encampment.

Added a new guild role called “Exemplar”. Exemplars can be appointed by the Guild Master or Guild Deputy. Guild members will be able to send mercenary hiring requests to guild Exemplars. The maximum amount of Exemplars a guild may have is determined by the guild’s level.

Redesigned the hero display page and added each heroes’ brief description to the page.

Added a completely new visual effect which is displayed when receiving a new hero.

The revert heroes feature is now locked by default. It may only be unlocked once the hero’s reversion requirements are met.

Added a feature allowing players to use diamonds to purchase Medals of Valor and Heroic Merits within the Regal Rewards and Champions of Esperia features 4 days before the events end.

Amplifying Emblems may be bought from the Store with Gold Coins once the player has passed Chapter 22 of the campaign.

The abilities below have been adjusted so that they now prioritize non-summoned targets first:

Optimized the font of the English settings header.

Optimized the icons of relics found within the Arcane Labyrinth and Peaks of Time.

Fixed a visual imperfection affecting Numisu – The All Seer.

Fixed an issue that was causing Lyca’s health to be erroneously reduced after battles while possessing certain relics.