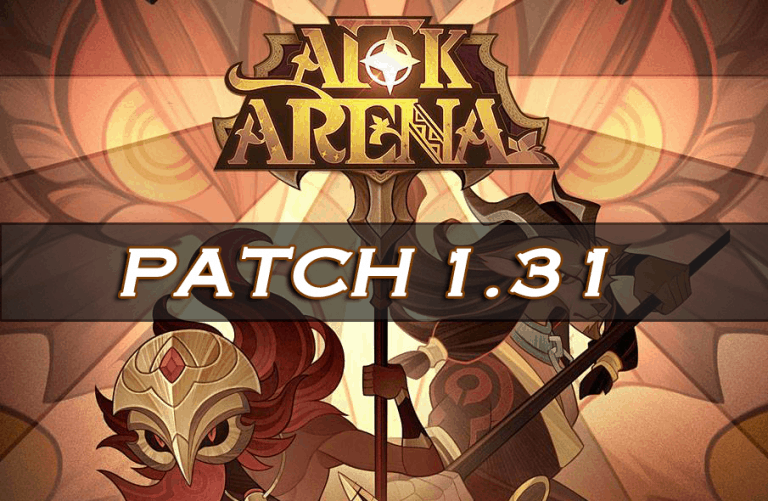 Added the new Mauler hero: Skriath – The Wise One

Added the new Mythic T2 tier as well as the resources which are used to upgrade Mythic T1 gear into T2 gear. Players can acquire this resource from AFK Rewards after completing stage 26-1 or from both the Store and Guild Store.

Added a new hero skin system. Players can view hero skins on the ‘Heroes’ page. Only heroes which have upgradable skins will have the ‘Skins’ option available.

Added the new ‘Elder Tree’ feature to the Library which can be unlocked after completing campaign stage 8-40. Players can level up the Elder Tree to increase all of their heroes’ attributes.

After reaching a certain Elder Tree level and completing stage 12-40 players will be able to unlock the ‘Dura’s Virtues’ feature on the Elder Tree. Each ‘Virtue’ branch of the corresponds to a particular type of hero class.

Added the new ‘Twisted Realm’ feature which can be found within the Guild Grounds that can be unlocked after completing stage 12-40. Players can battle against powerful bosses within the Twisted Realm to acquire rewards.

Due to the countdown timer being linked with the Arcane Labyrinth’s own countdown timer, it is possible that at the time of this update that the remaining playable time is less than the normal 48 hours, which is stated in the Twisted Ream rules.

Added the new Voyage of Wonders adventure – The Frozen Pass.

Added a new class tag to Celestial tier heroes which can be viewed on the ‘Heroes’ page. Classes include: Tank, Warrior, Ranger, Mage and Support.

Added the ‘Blazefury’ skin for Brutus. Players can complete stage three of the ‘Assembly of Heroes’ event to acquire it.

After receiving player feedback we’ve decided to adjust the Assembly of Heroes so that players can immediately claim each stage’s rewards as soon as the reward requirements have been met.

Added the option to view each hero’s Signature Item via the ‘Portraits’ page.

Added a new icon that denotes when a player’s bag slot is at its max limit.

Removed the relics ‘Hogan’s Fortitude’, ‘Lament’, ‘Lion’s Might’ and ‘Bloody Shawl’ from the Arcane Labyrinth.

Fixed a difficulty problem that occurred after floor 300 of the Mauler tower ‘The Brutal Citadel’ within the Towers of Esperia.