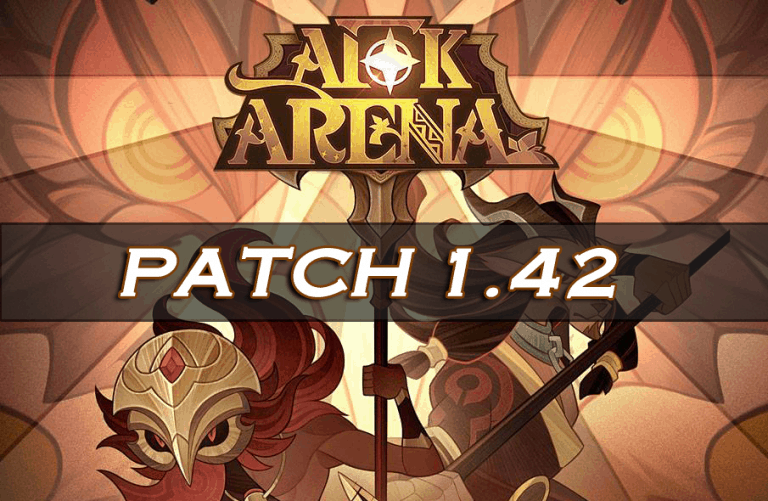 Added a new x4 Battle Speed function to the Arcane Labyrinth, which can be unlocked after completing Chapter 21 or reaching VIP level 11.

Added a new feature called “The Oak Inn”, which can be found on the ‘Ranhorn’ tab. After completing Chapter 4, players will be able to visit and collect gifts from friends that are already occupying their own Whale Inn. Players that possess Ascended tier heroes and have completed Chapter 17 of the campaign are able unlock their own Whale Inn. Once unlocked, players can move their Ascended heroes into the Whale Inn. Heroes residing within the Whale Inn can accumulate ‘Furniture’, which will give their heroes new abilities and increased stats.

Added the “Field of Stars” feature to the Library. Players can unlock different ‘Starbursts’ within the Library that will enable them to enjoy a variety of different bonuses.

Added the adventure ‘Fields of Stone’ to the ‘Wandering Balloon’ feature, which can be unlocked after completing Stage 20-50.

Added a new monthly limited-quantity “Hero Choice Pack” to the Noble Tavern, which can be activated by unlocking a specific “Starburst” within the Field of Stars feature. Available heroes within the “Hero Choice Pack” are limited to Celestial, Hypogean and Dimensional factions. (NOTE: This might be an incorrect translation on the patch notes).

Added the choice to pause and leave battles within the Twisted Realm feature. Leaving a battle will still exhaust battle attempts.