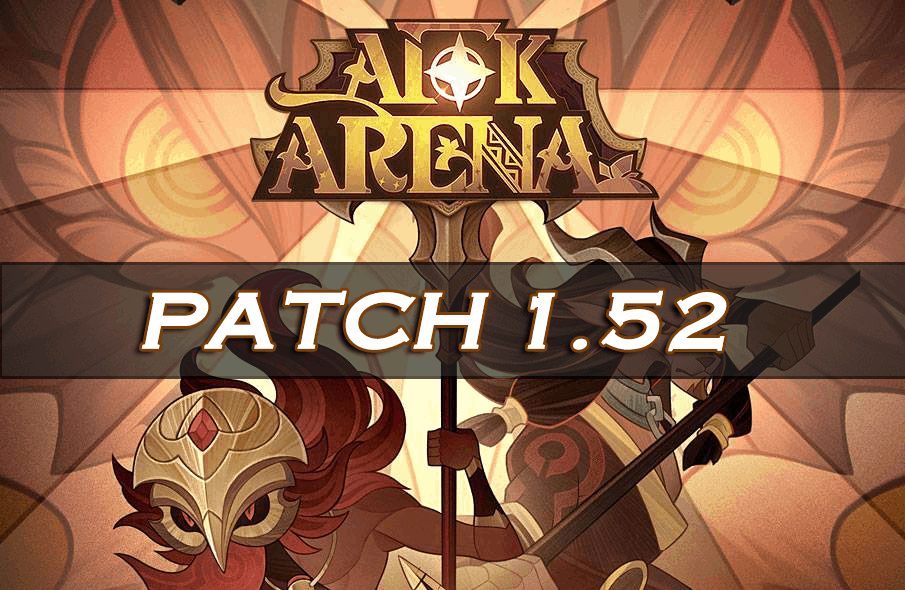 A new mode of play called the Dismal Maze has been added to the Arcane Labyrinth, that becomes available after completing Chapter 26 of the campaign and completing the Labyrinth’s Normal Mode 30 times. Players are able to engage in more difficult battles in return for a greater quantity of rewards. The Dismal Maze shall be available to play from Local Time: 30/11/2020 05:30 (Test server).

Added a new Support Class Exclusive Artifact called ‘Tidebearer‘, which can be acquired from the Trials of God – The Howling Wastes instance.

The official Overlord crossover event season for the Abyssal Expedition is about to commence. This season will include Militia Accolades and Ranked Rewards. Players can enroll for this event after completing Stage 15-40 of the Campaign, starting from Local Time: 02/12/2020 05:30 (Test server).

Heroes within the Arena of Trials will now uniformly equip level 30 Signature Items and possess 9 pieces of Mythic Furniture.

Players can now climb up to 480 floors within each respective tower within the King’s Tower feature. Players are required to fight against multiple teams for the newly added floors.

Reduced the difficulty of enemy teams within Chapters 31 through 36 of the campaign. For specifics please refer to the game.

Added a new perk type for VIP levels 8 and above that grants certain battle bonuses within the Misty Valley.

Added the adventure “Tempestuous Twisters” to the Voyage of Wonders feature, which will be available from Local Time: 08/12/2020 05:30 (Test server).

Added the adventure “The Howling Wastes” to the Trials of God feature. Players can unlock this adventure by completing Stage 30-30 of the campaign and by completing 100% of the same adventure found within the Wandering Balloon.

Optimized the ability description of the Relic “Dura’s Eye“, so that it is more consistent with its actual effects.

Before entering the map, players will be able to choose which side of the map they want to start on . Once a particular side is selected by 35 players, the side will no longer be available for selection.

While within the Vault of Time, players can now view which tiles are linked to an ally’s tiles by opening the “Map” located at the bottom right of the screen. Linked tiles are called “Linked” on the key and are displayed in green on the mini-map.

Added a new “Resting” period that occurs after a player occupies a tile. During the resting period, other Militia members will not be able to attack any tiles that are adjacent to the recently occupied tile, however, the tile occupier can skip the resting period manually if they choose to.

Adjusted the locations of some settlements, making them more condensed than before.

Adjusted the contents of some Militia Rewards within the Militia Accolades feature.

Adjusted the prices of several Militia Rewards found in the Trading Hub.

Made adjustments to the abilities “Hellfire“, “Deathwish“, the Signature Item ability “Animus” and the Exclusive Furniture ability “Blazing Fury“. For specifics, please view the in-game descriptions