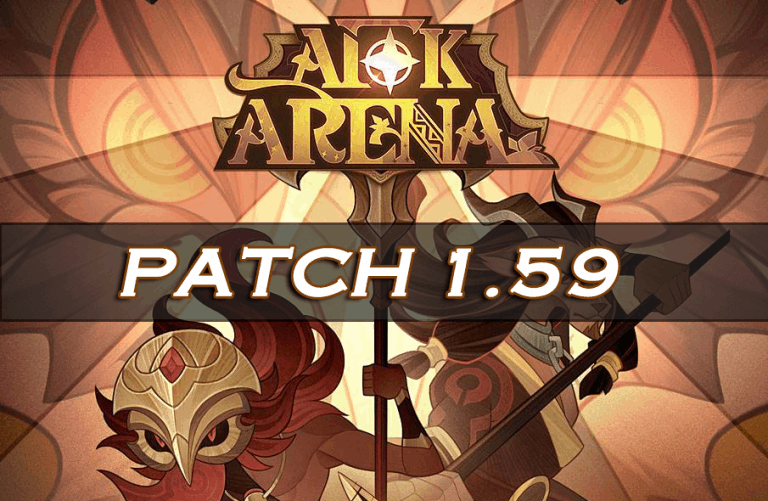 Added a new feature called “Garrisoned Mercenaries”, which can be unlocked after players complete Stage 6-40 of the campaign. Players can make use of a new item called “Dimensional Stones” to hire long-term mercenary heroes from their friends.

Added the adventure “The Depths of Time III” to the Voyage of Wonders feature.

Added “The Depths of Time II” to the Wandering Balloon, which can be unlocked by completing Stage 25-20 of the Campaign and by completing 60% of “The Hazy Timberland”.

Added a new Honorable Rewards Medal feature. Players that exceed within the Legends’ Championship, Fabled Realm and Campaign will be awarded Medals for their efforts. Players can find more details about the rules and their own progression within the feature itself. Players will be able to start acquiring Medals after the results of the next Legends Championship Tournament are calculated.

The Legends’ Championship has adopted “Martial Rating” rules which will take effect as of this update. A player’s Martial Rating is used to participate in this event. Heroes shall retain their ascension tier, and every hero’s level is set to 240. A hero’s level may be increased by a number that is based upon the Resonating Crystal’s level. For specifics please view in-game rules.

Orthros, Zolrath, Gwyneth, Anoki, Tasi and Nara can now be exchanged at the Legends’ Challenger Store, which will be refreshed after the update has been implemented.

Dura’s Tears Can Now Be Sold

Players can now sell Dura’s Tears within their bags.

Fixed an issue preventing the Relic “Rope of Calamity” from working as intended in certain situations.

Fixed an issue that was causing the ability ” Shadow Shield” to target the wrong enemy when it exploded and reduced their energy.

Optimized the description of the ability “Taint”. Effects remain unchanged.

Fixed an issue that would sometimes cause an abnormal invisibility issue when the ability “Time Rift” was used.