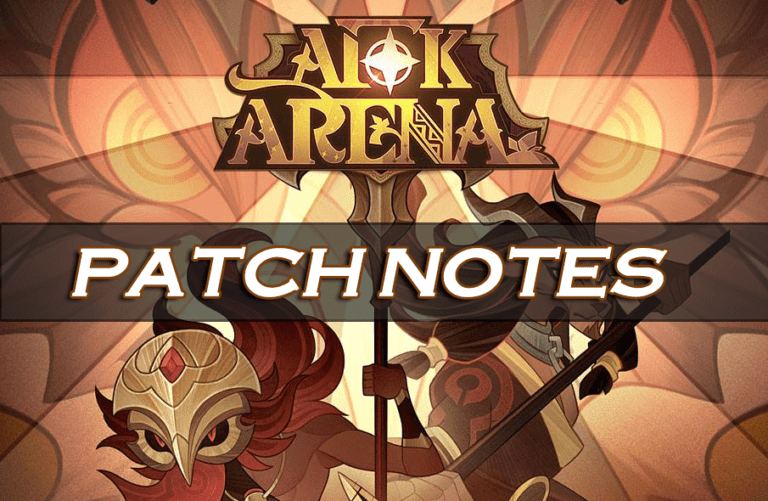 The new hero Oku – Ironfist will be available to test play.

Added a new skin for Grezhul called “The Loyal Protector”, which can be obtained during the “Ravishing Roses” event. This skin will be purchasable from the Wardrobe after the event.

Added a new skin for Lucretia called “The Resplendent Dancer”, which can be purchased for a discounted price at the Wardrobe during a limited event period. This skin will be removed from the Wardrobe after the event.

Added the “Disaster’s Emergence” event, which will become available to players after completing Stage 3-12.

The “Fight of Fates” event is due to start soon. This version of the Fight of Fates features the following adjustments:

Added the adventure “The Golden Isles” to the Voyage of Wonders feature.

Added “The Arid Badlands” to the Wandering Balloon, which can be unlocked by completing Stage 32-20 of the Campaign and by completing 60% of “The Snowy Front”.

Increased the health of “Wrizz” and “Soren” in the Guild Hunt. Players can now deal more damage to get more rewards.

When players reach the relevant requirements after the update goes live, a new version of the Twisted Bounties, Regal Rewards and Champions of Esperia features shall be unlocked. Both common and premium rewards for these events have been increased.

The original Twisted Bounties, Regal Rewards and Champions of Esperia features will be denoted by an “(old)” label, and may be used concurrently with the newer version. Versions labeled as “(old)” shall no longer be refreshable.

Optimized the way the campaign stage AFK Rewards are displayed, which will take effect after update goes live.

Optimized the Rickety Cart Reset Hero function. Players that have yet to progress past Stage 5-1 of the campaign can now reset their heroes for free at the Rickety Cart.

In the AFK Arena Test Server, the new “Cursed Realm” calculation time has changed from Wednesday 12:00 to Thursday 12:00 (UTC), during which time no challenges will be available. This change will take effect after the implementation of this update.

Fixed an issue where the skill “Grace” would incorrectly prioritize allied summoned units as targets under rare circumstances.

Optimized the targeting selection logic and skill description for the skill “Grace”. Allied heroes who have not already been affected by one of the two heroes when Grace is used will be given priority. Details are subject to the in-game description.

Fixed an issue that was causing a battle verification issue to occur in very rare circumstances. The skill’s actual effects remain unchanged.

Fixed an issue that, in rare circumstances would cause the duration of the “Focus Fire” skill’s defense rating debuff to be shortened.