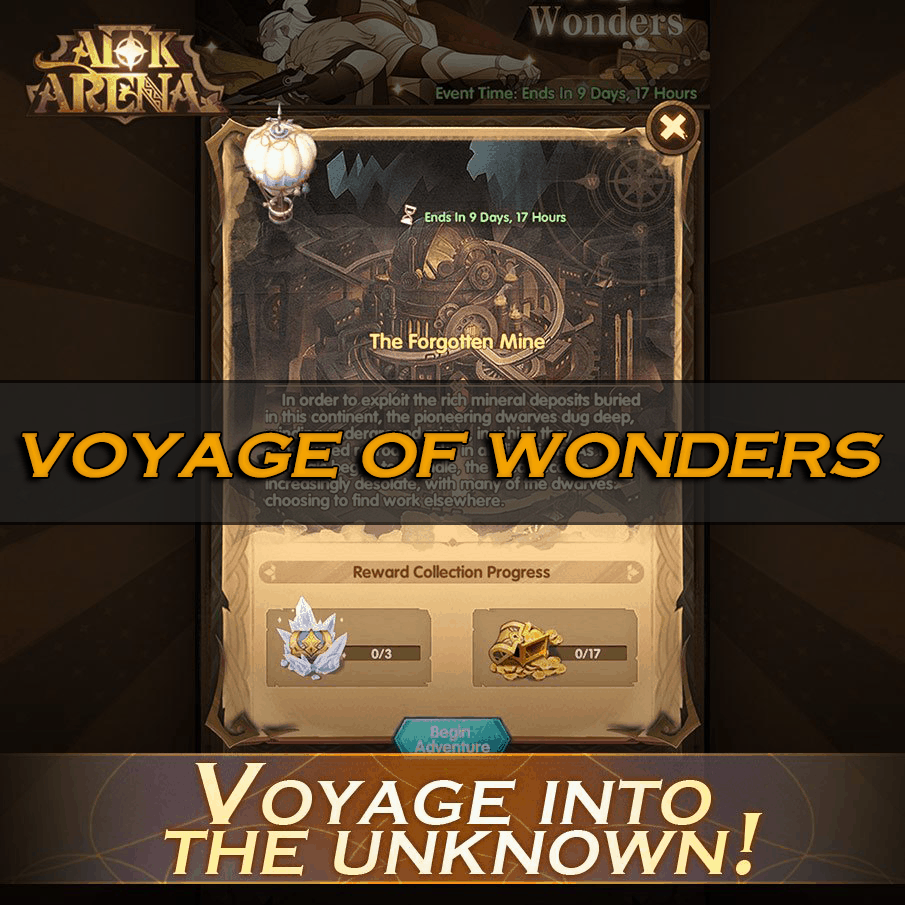 The Voyage of Wonders is now live!

This is a new building that was added in patch 1.22. It contains unique mini-adventures, such as the ones found in the Peaks of Time, except they’re time limited events.

Each adventure lasts for 14 days.

The rewards are the same for everyone.

Enemies will scale based on your own hero levels at the start of the event.

The enemies will not increase in difficulty once the event has started, so you can grow stronger within the 14 days and keep attempting it.

The adventure can be restarted as many times as you want, just like in the Peaks of Time.

Fun Fact: The spot where it is located on the map used to belong to a building called “Dura’s Trial”. This was removed before the global release of the game.

Adventure: The Forgotten Mine

If you’re struggling to defeat the enemies, consider restarting the adventure until you can obtain better relics from the first few enemies.

How to the Defeat the Nara’s?

The boss with all Nara’s can be instantly killed with a Magic Turret. Don’t fight them yourself.

In order to exploit the rich mineral deposits buried in this continent, the pioneering dwarves dug deep, winding underground mines, in which they constructed railroad tracks in all directions. As the minerals began to dwindle, the area became increasingly desolate, with many of the dwarves choosing to find work elsewhere.

Magical turrets were also built by pioneering dwarves to fend off the hostile natives that tried to disrupt their mining efforts. The turrets use fire for ammunition and are one of the many technological masterpieces the dwarves-have created. However, after the mine was abandoned and forgotten about, most of the turrets are now inactive and need to be reactivated.

The red chest seen above is a new “Hero Choice Chest”.