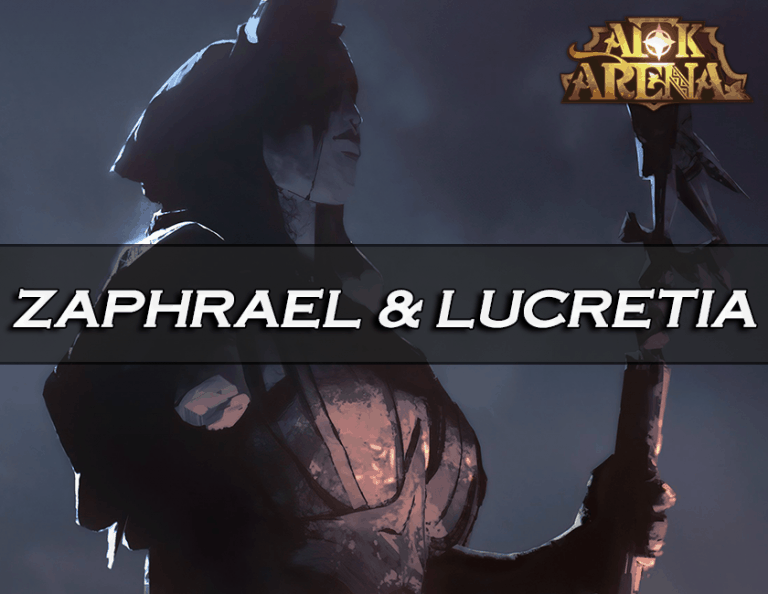 Two new heroes have (sort of) been announced! They were mentioned in leaks very recently, and it appears that they were real.

They will be released on September 29th.

They are called Zaphrael & Lucretia. Zaphrael is a Celestial hero, while Lucretia is a Hypogean. While not confirmed, it seems they were once husband and wife.

A Memory of Lucretia

Lilith have released a video that shows a bit of backstory for them.

Dura called upon Zaphrael to ascend as a Celestial. Zaphrael answered the call but with it, leaving behind his wife Lucretia and their unborn child. Little did he know that his quest for justice would usher a greater evil upon Esperia.