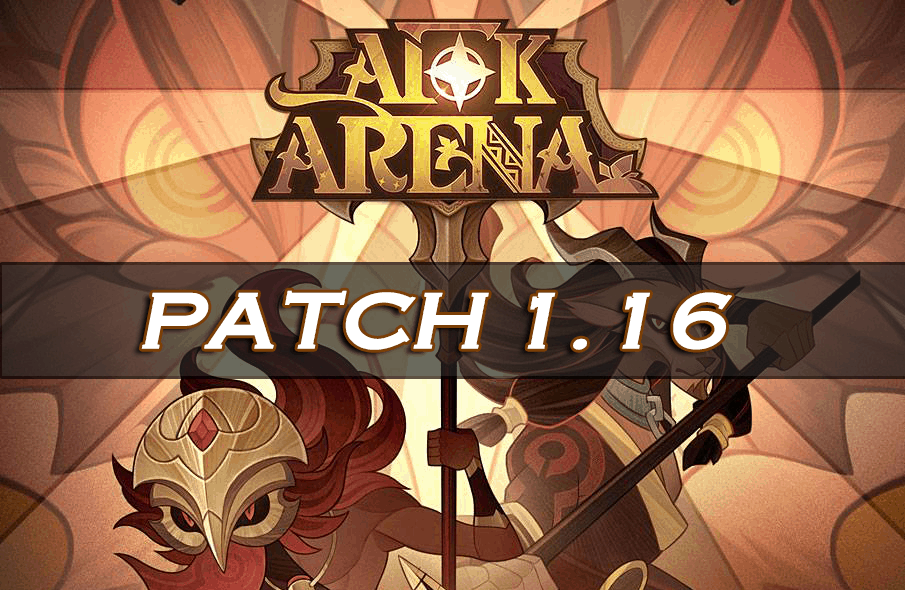 Update 1.16 was a major patch for AFK Arena.

It introduced the first ever Hypogean hero “Ezizh” to the game. There was also changes to the guild wars event, new campaign chapter, quality of life features and some new neat battle stats.

Below you’ll find the full patch notes for it.

Added a new chapter to the campaign – Chapter 25 – Stormbreath Fortress, while also having adjusted the difficulty for certain stages of chapter 24.

Made several changes to the Guild Wars rules and improved the matching system to make it more balanced. All heroes now start at the same level, reducing hero level disparities.

Added a personalized signature feature that can be displayed on the player details page.

Added a new level up feature, which allows players to level up their heroes to their max level with one touch of a button when there is a level disparity of 100 levels or more, instead of holding down the level up button for a longer duration.

Added a new retry function which can be unlocked after completing Chapter 3, allowing players to “Try Again” if they fail to successfully pass a stage.

Added a battle statistics page which allows players to see how much damage their heroes have dealt/received and also see the total amount of HP a hero has healed others for.

Adjusted several relics within the Arcane Labyrinth and Peaks of Time: