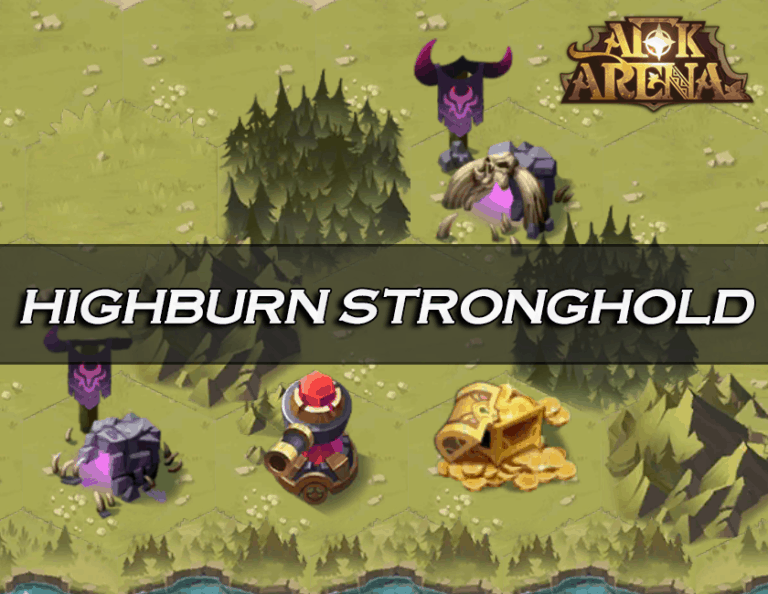 Highburn Stronghold is the third adventure in the Wandering Balloon.

It used to be a Voyage of Wonder adventure, however it was made a permanent part of the game in Patch 1.43.

Completing this map will unlock the Trials of God version, which has the mage artifact Windbinder as a reward.

Here’s a visual guide to completing destroying all of the correct barrels that unlock the routes to each treasure.

If you destroy the wrong barrels, the map will need to be reset.

Camps do not drop relics, so pick them up from the relic selectors on the map.

Once you reach “23” on the map there will be no more barrels blocking the path for treasures. The exact route you take for each treasure after that is entirely up to you as there’s a lot of camps.

Another day, another battle. The constant struggle for supremacy between the Lightbearer kingdom and the Mauler tribes rages on. Commander Estrilda Rayne of the royal army was tasked with the arduous mission of holding back the vicious, marauding tribes that constantly threatened to encroach upon Lightbearer lands. Day after Estrilda struggled to repel the relentless Maulers with little hope of respite in sight. The Maulers continued to pressure Highburn Stronghold with the hopes of finally making a breakthrough, but with the appearance of the feared warrior, Commander Hogan, this goal was proving to be more difficult than they’d envisioned.

With both sides distracted and locked in a stalemate, neither side paid much attention to anything else but the other, and with this an opportunity for conniving thieves arose. The Lightbearer stronghold and Mauler encampments hide not only gold, but also precious military supplies. The question that remains unanswered is, who will claim them?