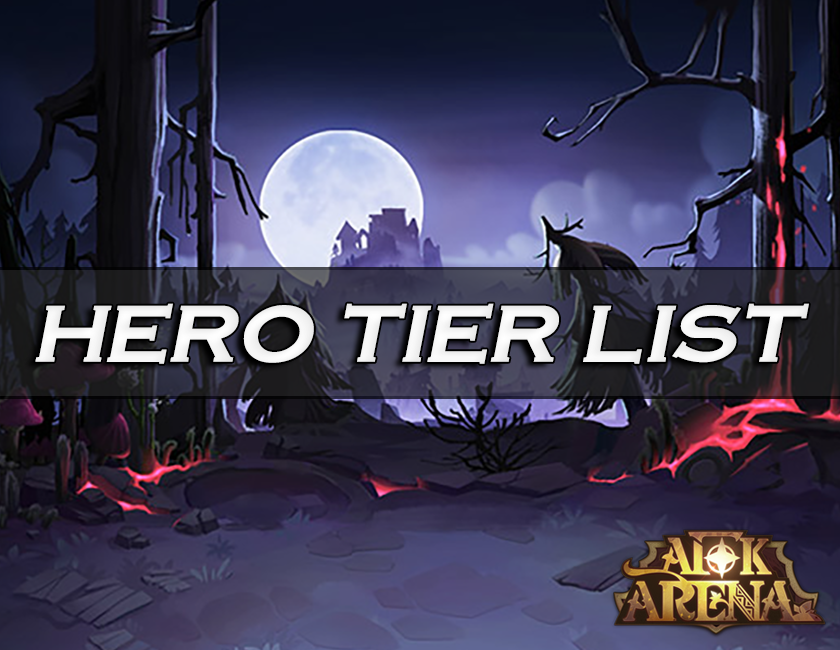 This is our AFK Arena tier list. We rate each hero based on their performance in all of the different types of content. This includes PvE, PvP and Bosses.

The ratings are entirely subjective. They’re based on the personal opinion of experienced players that are well progressed at all levels of the game. If you think a hero is rated wrong for something, let us know (with proof) and we’ll gladly change it!

Wondering about which artifacts to use? Read our AFK Arena Artifact Tier List guide.

And as with any tier list, take it with a pinch of salt. Don’t treat it like the bible of the game. You can progress with most of the heroes eventually because the level of your heroes is far more important in most cases.

Also, keep in mind that the unique thing about AFK Arena is that you can reset the EXP of heroes at any point and level another one. Don’t be afraid to try out different heroes and team comps to progress through the game.

You’re not really that invested into any hero until you start consuming other heroes to ascend it.

Things can also get a little more complex once you factor in the bonus for having the same faction heroes in one team. Generally having at least one of the buffs active is recommended.

This is an AFK Arena hero tier list for endgame content. While the list is endgame-focused, it’s generally best used to gauge the overall power and longevity of heroes in the game.

The default list order is by how strong they are in PvE, as this is the main game mode for the majority of players. You can filter heroes by various different metrics.

Lilith has released a brand new game called Disyte! Check out the Dislyte Tier List to get a head start in the game. If you’re looking for more game content, then check out the Pet Simulator X value list guide as well.