Thane is a melee damage dealer for the Lightbearer faction.

He’s all about Crit Rating, the more he has, the better he performs. This is because some of his skills have additional effects if he lands a critical strike.

His ultimate ability will deal a moderate amount of damage to random enemies, and after level 81 it will add one additional strike for each crit landed by the initial attacks. As he will attack random targets, this ability will get stronger when there are less enemies on the battlefield. Eviscerate is not really about dealing damage though, it’s more for survivabilty and allows him more time to perform more critical strikes while being invulnerable.

He has a mini-ultimate in the form of Execution. This is actually where most of his damage and burst will come from. It will start a multi-stage attack for every 4 critical strikes he lands. It will also deal additional damage up to 18% of the targets max HP, which makes this ability extremely strong.

Unfortunately, Thane only really shines after reaching level 141 as this is when his Focus skill will be upgraded to include HP gain and energy from crits. This is when he starts to become deadly in all aspects of the game.

One of the best DPS for guild bosses in the game.

High burst and sustain after level 141.

Weak in anything outside of guild bosses before 141.

Just like Kaz, he can dodge heals from his allies.

Belinda – She can provide him with a crit buff.

Raine – Gains crit rating if an enemy is killed with her ultimate and just generally synergies well with her.

Thane is an exemplary swordsman. His knowledge of the blade is unmatched. When he was a younger man, and still had both of his arms, he would stride about the sparring grounds with an imperious look, head held high and a constantly bemused expression. He possessed a preternatural ability to detect and identify weaknesses the moment he looked at a man holding a weapon. He was the best. The only problem was, he knew it. Thane succumbed to the age-old enemy of the greats. Hubris. He began placing himself in more and more danger when out fighting. He began to believe that there didn’t exist an opponent who could best him.

It was a Mauler, a high-ranking one, that did it. Thane found the thing’s weaknesses but it moved too fast for him to exploit them. Its hammer caught him on his off arm, pulverizing the bone beneath the crumpled armor, and nearly tearing it from his body with intense downward force. He went down, and had it not been for the timely intervention of Sir Baden Rayne, the head of the house, he would have certainly been killed. Rayne fought bravely but he too proved no match for the vortex of violence that was the mauler. He was killed almost instantly with a crushing blow to his breastplate. Caught up in battle, the Mauler never bothered finishing off the wounded Thane, and after the battle he was carried back to the encampment. The arm was removed, there being too much damage for any of those present to hope to help.

He knew that had it not been for Lord Rayne, he would have never survived. He made a vow to himself then. He would continue to serve their house, to the best of his ability, until his debt was repaid. He became castellan for castle Rayne, training up men-at-arms, constantly reviewing and instructing the combat readiness of the soldiers that served under their banner, commissioning castle defenses… He had adapted surprisingly fast to life with only one arm.

When the remaining Rayne men died off in one tragic battle, he began to see a determined look on the youngest child, an energetic young girl who somehow resembled her father in manner and expression, and had his eyes. When she approached Thane about training for knighthood, he smiled. House Rayne may yet have a chance, and if the path of House Rayne someday leads Thane back to the beast that took his arm, all the better. 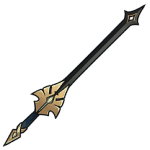 Thane’s damage is increased by 20% if he does not receive damage for 3 seconds.

Level 81: Number of attacks are increased by one when a critical strike is landed while using this ability.
Level 161: Basic attack can be dealt up to 9 times.

Thane bounds towards an enemy with a surprise attack, dealing 120% damage to them. Thane’s Crit Rating is also raised by 20% for a duration of 5 seconds.

Activated after Thane uses 4 critical strikes. Thane targets a single enemy with a multi-stage attack with the final attack dealing 80% damage. The final attack also deals an additional damage which is equal to 15% of the target’s max HP.

Thane raises his own Crit Rating by 14%.

Level 141: For each successful critical strike, Thane recovers 6% of the HP that has already been lost and also regains 25 energy points.
Level 221: Crit Rating is raised to 17%.