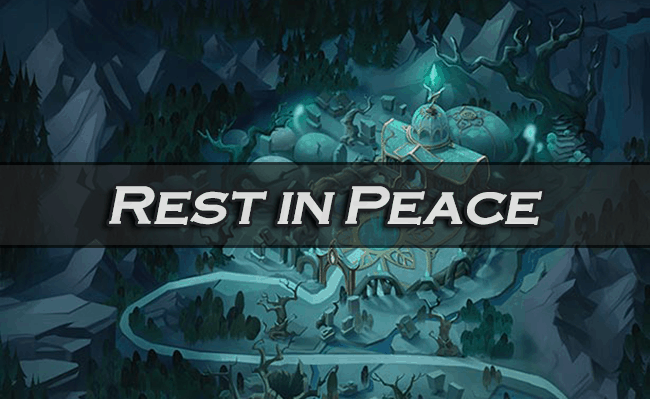 The goal of this adventure is to remove the 3 curses that are blocking the door.

You do this by finding and touching 3 different headstones located on the map.

Note: This is unconfirmed, but if you don’t own Lyca as a hero, then you’ll have to pick her up from the mercenary camp before fighting the chief enemies or the door won’t open. You don’t need to use Lyca or Kaz in the battle though.

Head north from the start and walk on all the curses:

Once you reach the second blue fountain in the north, turn right and then head south. This is where the headstone is located:

The other two headstones are further east from here. One north and one south:

Once you’ve clicked on all 3 headstones, the 3 curses near the door in the north should now be removed:

Head to the door, but go north of it. You’ll need to defeat the Chief Enemies there:

The door should now be unlocked:

There’s a few enemies and chests in the final area.

You can take the mercenary encampment that’s south of the door as well if don’t have Lyca. See the top of the post for more info.