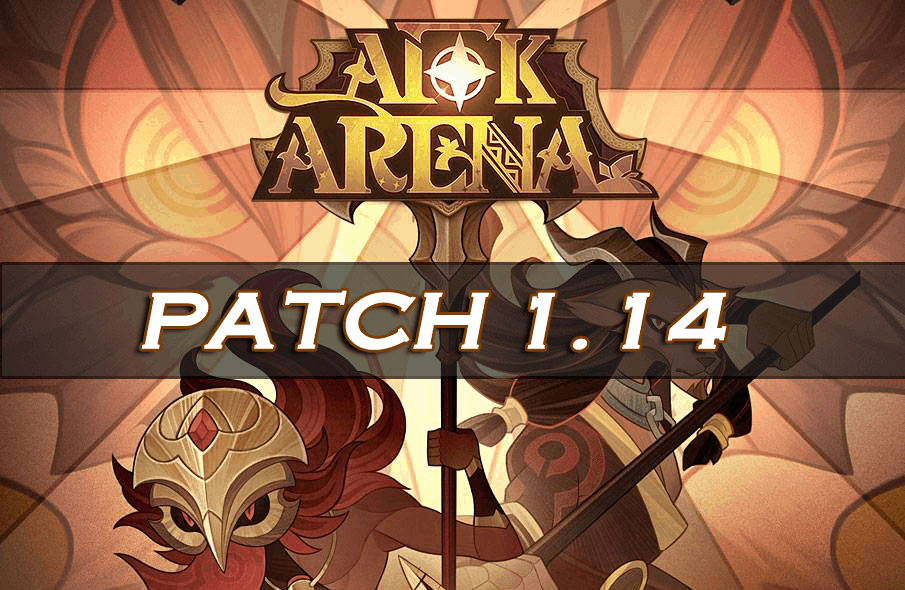 Below are the full patch notes for everything added and changed in the new update.

They can all be mythic. This also means that every faction can now have 5 mythic+ heroes.

Guild Wars are coming! They can be opened and closed in an event-style format.

Artifacts can now be enhanced after completing Chapter 13. The resources required can be obtained from AFK Rewards in chapter 14 and onward.

New “Stargazer” NPC added to the Noble Tavern (they renamed the library). It can be unlocked after completing chapter 15.

If you’re looking for nerfs to Brutus, they aren’t here!

The base attack speed of Dura’s Eye artifact has been nerfed to 10%, down from 25%. However, it can be now enhanced to increase the attack speed again.

The frequency of how many times high damage attacks are able to successively interrupt a character’s actions have been reduced.

Lyca
– Lyca will now move to a safer location after leaping with her “Awe” ability.

Shemira
– “Soul Siphon” will now immediately stop if the target dies, in order to save time and increase her battle efficiency.

Vedan
– Optimized the logic for Vedan’s “Dark Swarm” ability. If Vedan’s target dies while the bats are already moving, they will immediately select a new target to attack.

– Added new a new effect for “Fire Phoenix” level 2 + 3 which allows it to cause 1.5 / 2 times the amount of damage. Damage is increased the closer enemies are to the center of the flame’s path.

Estrilda
– The skill “Ridicule” level 2 and above reduces the damage received by all of Estrilda’s teammates but excludes herself.

– Fixed an issue with “Ridicule” level 3 which prevented its damage from being increased. Level 3’s damage is now raised from 200% to 250%.

– Increased Estrilda’s Base Defense Rating by 10%.

Hogan
– Optimized the description for “Unwavering Will”.

Certain Gift Sets have been changed. Their purchase limit will be reset due to this.

The items from the Valentine’s & Christmas event have been removed.

New accounts on new servers will have to wait 8 days instead of 1 to unlock daily gift sets.

The Wandering Trader within the Arcane Labyrinth has had his loot table changed to include other things aside from gear. Gear is no longer guaranteed to be available for sale.

Adjusted several of the quests and quest rewards for the bounty board.

Fixed a bug affecting the Sunstone relic’s energy regeneration effect, which was causing it to regenerate more than double the intended amount of energy.

Fixed a bug affecting the Tome of Necromancy relic’s energy regeneration effect, which was causing it to regenerate more than double the intended amount of energy.