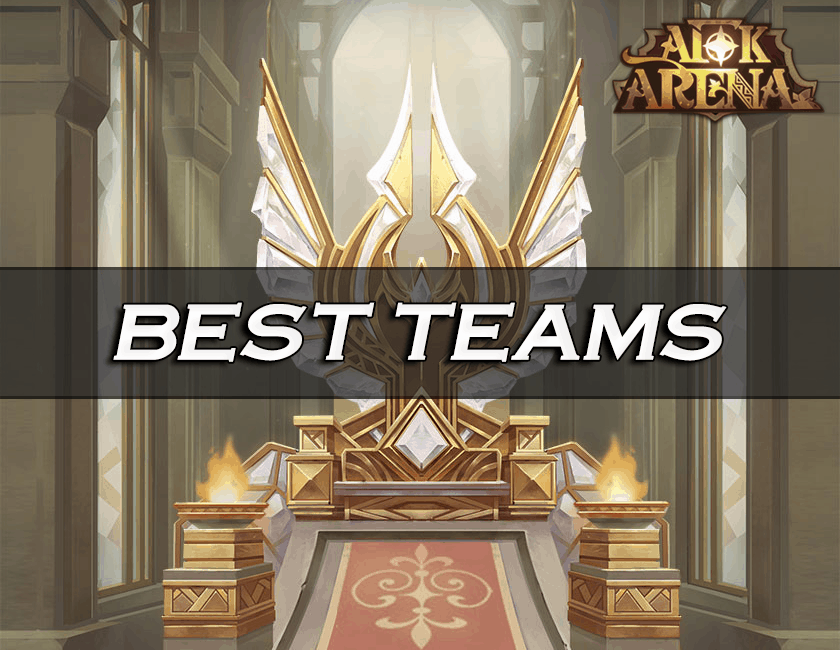 This is a list of useful team comps for AFK Arena. Some of them have been personally used and tested by me, all the way up to chapter 34. Others have been submitted by players whom have had good success with them in various parts of the game.

Generally speaking, when making a team you want to have at least 3 heroes of the same faction for the bonus and one carry hero. You might have to use a comp with no faction bonus on some campaign stages though, it really depends on which heroes you have available to use.

If you want yours added, you can submit it here.

Credit to Whitesushii for these teams!

These are the main lineups people use to push chapters 27-31 and constantly rotated for multi-fight stages 31 onwards.