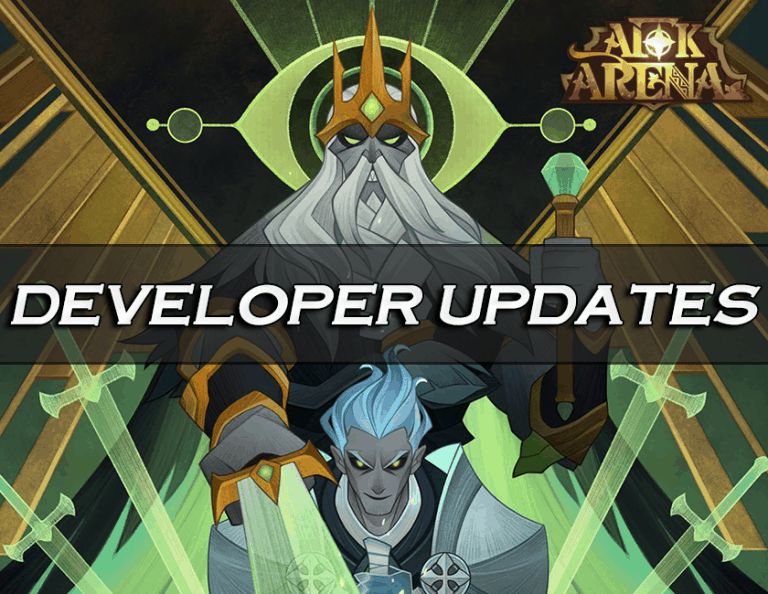 The developers of AFK Arena have taken the time to answer the most frequently asked questions from the community!

Q: Our experience with the Overlord themed Abyssal Expedition has been pretty poor, will there be changes coming to the official season? Such as changes to uneven resource distribution, Mage team difficulties during the early stages and the high teamwork requirements of the new map etc.?

Dev: V5
First of all, huge thanks to everyone for the feedback we received after the Beta launch of the map! With the online data and the various player feedback we received, we analyzed some core sticking points and plan to optimize the following three aspects in the next official season in order to improve everyone’s experience:

Map changes and optimization, making the space between Gate Defenders not as long and winding. Also, the resource distribution will be adjusted, making it more reasonable.

Improving co-operation and co-ordination in Abyssal Expeditions by adding an initial starting point function, that lets players decide which side they start on, and improving the protection mechanism of occupied tiles.

Continuing to closely watch for class balance issues, ensuring players that prefer different classes are all able to have positive and varied city siege and cultivation experiences.

Q: Lucretia is so weak, will you make her stronger?

Dev: Cauchy
According to player feedback and analysis, Lucretia hasn’t met our expectations since being released. In the near future, we aim to optimize her abilities, allowing her to maintain her current orientation while resolving some of the problematic skill mechanisms.

Q: When will the skin and frame of the Esperian Idols event winner, Talene, be released?

Dev: Su Mu
Due to long production times, this skin is currently projected for release around February 2021, although the exact date will be announced in-game. The avatar frame and Talene’s skin will both be released simultaneously.

Q: When I challenge a Boss in the Twisted Realm, sometimes l’Il be using the same line-up as another player, and my heroes have a higher level than theirs. My total damage, however, is still less than theirs? Why is this happening?

Dev: Cauchy
Currently, we’ve noticed that when challenging a Boss, if Grezhul is included in the lineup, the final total damage can fluctuate wildly. This is due to his skills. When he fights a Boss, he can steal their attack power with his Demonic Assault, greatly increasing his damage output.

The fluctuations can be influenced by various factors including (although not limited to): The status of the Boss when the attack lands, whether or not the skill is deflected by Ice Shemira’s Blizzard, or whether or not the skill is interrupted as it’s executed, and so on. Additionally, these factors aren’t easy for players to manage or control, presenting the player with a potentially negative experience, so we have plans to optimize the Demonic Assault ability in the near future.

We predict that once optimization is complete, although the ability’s advantages will still be present when fighting against bosses, the factors that are causing the random damage fluctuations will be better controlled, ensuring the best possible usage of it without affecting its advantages.

Q: The Abyssal Expedition is running every single month there’s too much pressure on me!

Dev: Hong Chen
The current Overlord-themed Abyssal Expedition has been put together by us in partnership with the IP owner for a special character crossover event. Due to copyright restrictions, the official season shall end before December 31st.

Considering how much importance is placed on the Abyssal Expedition by players, we have temporarily added a Beta season that has no leaderboard during the month of November. Once the official ranked season ends in December, we’ll revert to the original routine of opening Abyssal Expeditions every 2-3 months.

Once the time rolls round, we’ll be pushing the boat out to design and produce even more new features. But at this point, we will focus on rectifying any defects exposed by this Beta season as mentioned above.