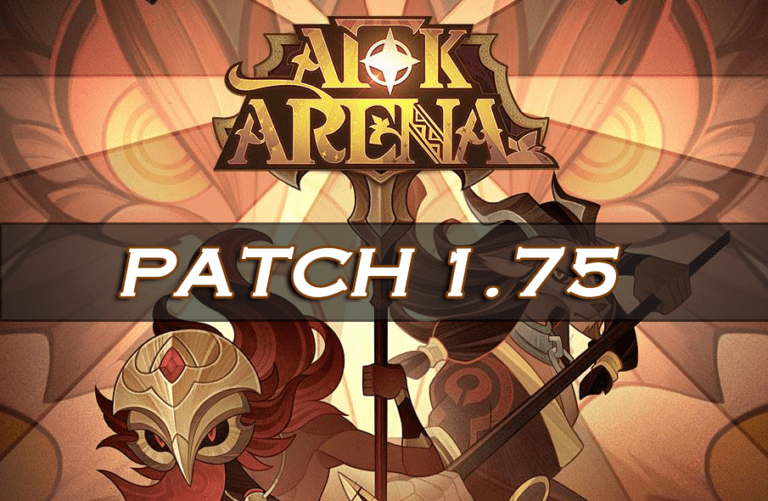 New mode added called “Cursed Realm“, players on all servers with the highest Resonating Crystal level can enter it through the Guild Grounds Hellscape.

Added a new skin for Flora – The Serene Promise called “The Sweet Prancer”, which can be purchased for a discounted price at the Wardrobe during a limited event period. This skin will be removed from the Wardrobe after the event.

Added a new skin for Thoran – The Fallen King called “Treacherous Tyrant”, which can be obtained during the Noctis Animarum event. This skin will be purchasable from the Wardrobe after the event.

The “Abyssal Aid” event begins, players can access it after unlocking the Dismal Maze. Rules regarding Team formations have been optimized.

New event added called “Engraving Rewind”. Players can access it after reaching Chapter 22. During the event, the players can choose to reset a hero’s Eternal Engravings.

The Vault of Time Returns

Rankings and Militia Accolades are available this season.

The odds of obtaining Militia Accolades and the price of purchasable items have been adjusted.

Improved starting position logic to prevent situations in which too few players are assigned to a route.

The Guild in 1st Place will be displayed in Bard Tales

Added the adventure “The Road Home” to the Voyage of Wonders feature.

Players can now climb up to 690 floors within each of the 4-Faction Towers. Simultaneously, the difficulty of some floors between 630 and 660 has also been reduced.

Reduced the difficulty of certain floors between 1100 and 1150 of the King’s Tower, and also added more floors, bringing the total number of floors to 1200.

Reduced the difficulty of certain floors between 420 and 440 of the Infernal Fortress and Celestial Sanctum, and also added more floors, bringing the total number of floors to 460 for both towers.

New addition to Heroes for Hire, the Prince of Persia – King of Blades is now available.

That’s all we’ve got when it comes to AFK Arena patch 1.75. Let’s hope the update is released soon!