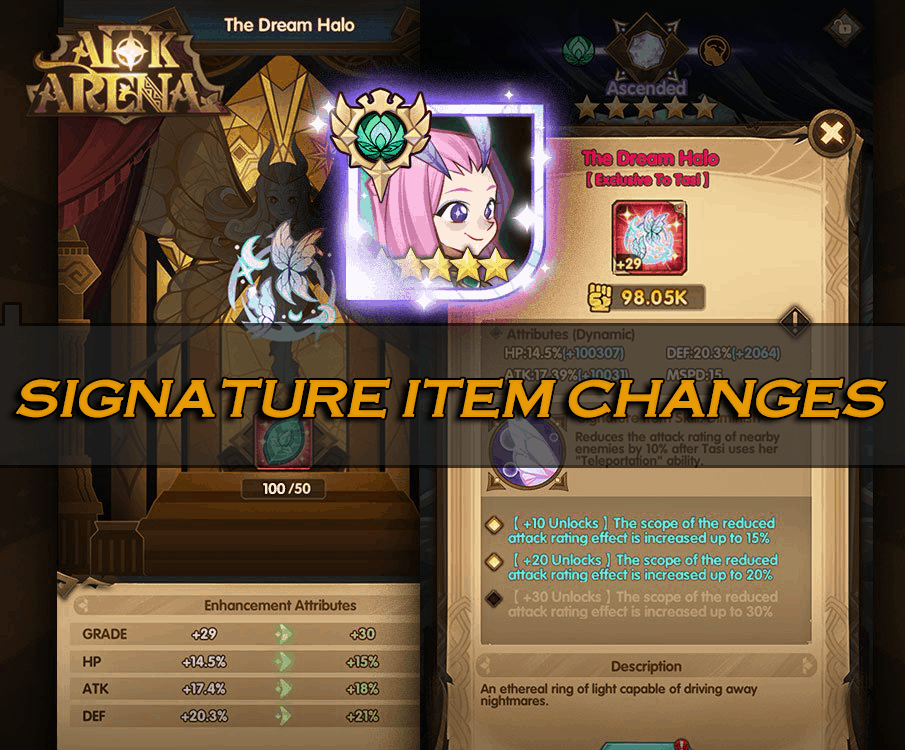 In patch 1.26, Fawkes, Kaz, Gorvo & Raine are getting their signature items reworked.

Here’s the new versions of them.

Raises the defense ratings of all allied heroes by 5% for 5 seconds if they possess more than 60% of their max energy. Affected allies are also impervious to control abilities.

At the beginning of the battle Kaz raises her Dodge by 100 points and Crit Rating by 40 points. The increased attributes will gradually decrease over 20 seconds until they return to normal.

Increases the efficacy of all shields by 25%.

[+10 Unlocks] Increases the efficacy of all shields by 50%.
[+20 Unlocks] If the shield created by the ability “Shell Shield” is not broken within a certain period of time, the remaining shield value will be converted into energy. Ability restores up to 250 energy points.
[+20 Unlocks] When in a shielded state, Gorvo will recover 5% of his max health every second.

[+10 Unlocks] Ally recovers 50% health or energy.
[+20 Unlocks] When either Raine or the ally she is locked onto uses their ultimate abilities, both her and her ally will receive a shield that is able to reduce damage equal to 100% of her own attack rating.
[+30 Unlocks] Value of shield is increased to 180% of attack rating value.