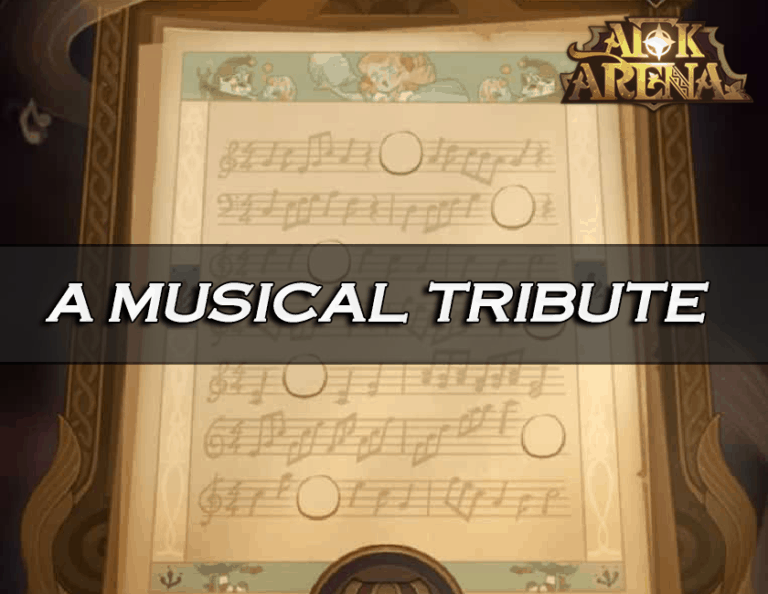 A Musical Tribute is a special event for AFK Arena’s 2nd Anniversary.

You can unlock the hero chest sooner by solving the clues and finding the musical note each day.

Clue 2: Go to The Oak Inn and find the little dwarf in the bottom left corner (If you don’t have it unlocked you’ll need to visit a friends inn).

Clue 3: Go the The Noble Tavern and check the table under Dolly.

Clue 5: Go to the Trading Hub and find the Shop Owner.

Clue 6: Go to the Temple of Ascension.

Clue 7: Go to the Campaign screen next to the Community button.

During the event, players are able to claim up to 7 daily login rewards.

In addition to daily login rewards, a final reward chest will be unlocked on day 14 of the event. Players can unlock this reward chest in advance by illuminating Musical Notes.

Players can tap on each illuminated Musical Note to play its corresponding tune. When players illuminate all of the Musical Notes and claim the final reward chest, the complete musical score can be played.

The main rewards for this are: