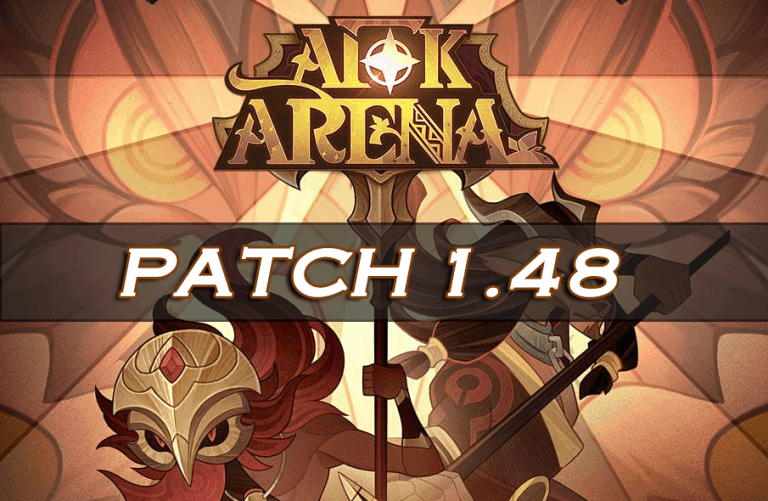 This is not in the patch notes, but it will be obtainable from reaching Prince rank in the new Abyssal Expedition coming soon.

These two new heroes are not in the patch notes, but will probably be released around the same time (September 29th).

Zaphrael is a Celestial hero.

Lucretia is a Hypogean hero.

You’ll get a free copy of one of them.

Optimized the visual effects of Raine’s animations and increased her character model’s resolution.

Reworked some of Raine’s abilities. Please view her in-game skill descriptions for specifics.

Reduced the difficulty of the stages within the King’s Tower and main campaign which include Raine.

Added the adventure “Cinder Grottoes” to the Voyage of Wonders feature, which will be available from Local Time: 14/10/2020 08:00 (Test server).

Added the adventure “Frozen Ground” to the Wandering Balloon feature, which can be unlocked after completing Stage 23-50.

Optimized the rules of the Bountiful Trials event. Players no longer need to unlock hero portrait pictures in order to undergo the trial with them.

Added new emotion bubbles that appear when heroes meet each other at the Oak Inn.

Optimized the interactive performance and logic of some of the red markers.

Added a new “Trading Hub” structure to the Ranhorn page. Any Militia Rewards which were not purchased shall become available to purchase at the Trading Hub by all players on the server. Successful sales shall provide “Dragon Crystals”, which shall be converted into “Bound Dragon Crystals” and shared amongst the Militia which the item originally belonged to.

Made adjustments to the Abyssal Expedition Global Leaderboard Rewards. Rewards shall now include “Dragon Crystals”.

Optimized the Abyssal Expedition enrollment process by adding a 24 hour matching period between the pre-enrollment and official opening phases.