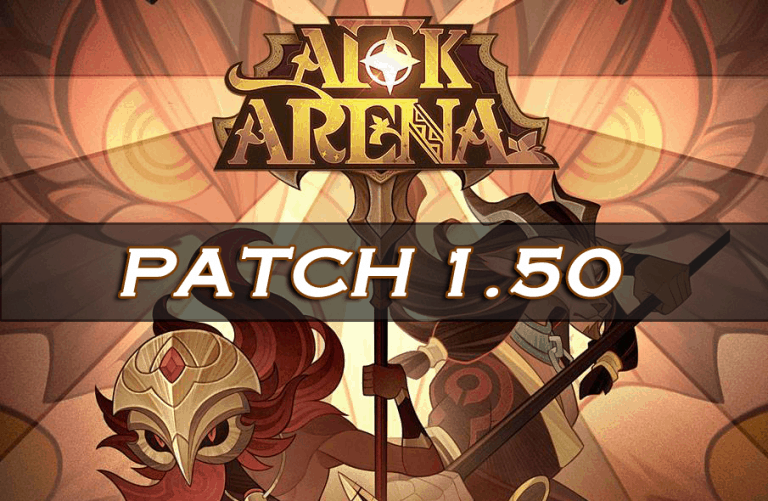 She will be available to test play when the patch goes live.

Pippa’s Bountiful Trials event will be available when the patch goes live.

Added a new Warrior Class Exclusive Artifact called ‘Chaos Bringer‘, which can be acquired from the Trials of God – Fields Of Stone instance.

Reduced the stage difficulty of stages in Chapter 31 through to 37 in order to make the stage progression smoother.

Added a new Celestial / Hypogean Hero Replacement feature to the Rickety Cart. Once a player possesses a five star ‘Ascended’ tier Celestial or Hypogean hero, they can replace a certain number of duplicate Hypogean / Celestial heroes with any non-Dimensional hero of their choice.

Added the adventure “Deathly Marshlands” to the Voyage of Wonders feature, which will be available from Local Time: 12/11/2020 08:00 (Test server).

Added the adventure “Fields Of Stone” to the Trials of God feature. Players can unlock this adventure by completing Stage 28-60 of the campaign and by completing 100% of the same adventure found within the Wandering Balloon.

Optimized the visuals of the ‘Events’ page.

Replaced the old map with a new map and also added new bosses to it. The new map possesses a new “Soul Bond” mechanism that links two bosses together, wherein one boss can be affected by the damage the other boss receives.

Due to the implementation of the new map and bosses, this season shall be taken as a ‘Beta’ season, thus, there shall be no leaderboard or Militia Accolades rewards for this season. Rewards for personal ‘Titles’ shall remain in effect as before.

Adjusted the values of the Blessed Relic abilities “Concentration”, “Double Strike” and “Recharge”, for specifics please view the in-game description.