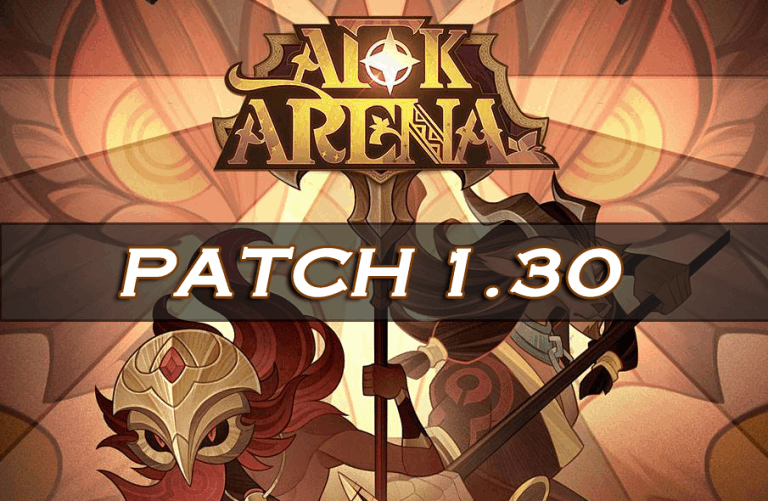 Certain VIP levels will now extend the time limit for how long AFK Rewards can be harvested for.

Added another 50 new floors to the King’s Tower, making the total number of floors 550, while also reducing the difficulty of floors around floor 500

Player can now climb up to 360 floors within each respective tower of the Towers of Esperia. We have also reduced the difficulty of floors around floor 300.

Optimized the Noble Tavern. After summoning a particular faction, the interface will now automatically revert back to that. faction’s pack.

Optimized the way items are sorted within the player’s bag.

Optimized the icons found in the lower left corner of the Hero page.

Expiration times of mail can now be seen within the mailbox.

Added a new feature that allows the player to sell any unneeded Soulstones that belong to Arthur Pendragon.

Level 2: Restores an additional 250 energy points when the enemy target is slain. If a summoned entity is slain, the amount of additional energy points that are recovered is increased to 700 points.

Adjusted the effects and values ​​of the signature item ability “Upsurge”.

Upsurge
Restores 15% of Brutus’ max health after the ability “Last Gasp” is used.

[+10 Unlocks] 30% of max HP is restored.
[+20 Unlocks] Last Gasp is extended for 1 seconds.
[+30 Unlocks] Once the effects of the ability “Last Gasp” have ceased Brutus receives an additional shield that is able to mitigate damage equal to 50% of his max health, which lasts for 5 seconds.

Adjusted the effects and values ​​of the signature item ability “Healing Roots”.

[+30 Unlocks] After using the ability “Deep Roots”, the effects of the ability “Forest’s Oath” will be received by 3 allies.

Adjusted the effects and values ​​of the ability “Flutter Flame”.

Flutter Flame
A short and brutal attack that deals 140% damage 2 times to nearby enemies.

Level 2: Deals additional damage equal to 3% of the target’s current health per hit. Maximum amount of additional damage that can be dealt is equal to 90% of Satrana’s own Attack Rating’s value.
Level 3: 60% of arrow damage is converted into health.
Level 4: Damage increased by up to 160%.

Fixed an issue causing the damage of the ability “Inner Sight” to greatly exceed the damage stated in the its description.

Optimized the order of which Lorsan’s abilities are used. The ability “Gale Force” will now be used at the beginning of battles.

Adjusted the effects and values ​​of the ability “Inner Sight”.

Inner Sight
Lorsan attacks an enemy for 170% damage and marks them with his inner sight symbol which persists until the end of the battle. The symbol allows for the ultimate ability damage of all allied heroes to be raised by 4 against marked enemies for 250% seconds when an ultimate ability is used. This ability prioritizes unmarked heroes first.

Fixed an issue that would sometimes cause the ability “Déjàvu” to be incorrectly triggered under certain circumstances.

Optimized the animation effect of their “Cleanse” ability.

Fixed an issue affecting the ability “Soul Siphon”, that would cause Shemira’s character model to become displaced, resulting in a visual anomaly.

Fixed a bug that was preventing Tidus from receiving allied buffs while using his ability “Twist Fate”.

Fixed a movement anomaly that would occur when an enemy became untargetable while still being targeted by Tidus’ “Savagery” ability.

Mirael will now face her enemies when using the ability “Fire Phoenix”.

Optimized the visual effects of the signature item ability “Focus Fire” that occurs when victorious.

Fixed an issue causing the ability “Confine” to throw an enemy out of the coffin even though the ability did not successfully confine the enemy.

Fixed an issue that was causing Thane to receive damage from certain abilities even when he was in an untargetable state.

Fixed an issue that was preventing the ability “Ethereal Resurgence” from being triggered correctly.

Fixed an issue that would prevent Rosaline from initiating attacks when returning back from the edge of the battlefield.

The ability “Beguile” will now interrupt enemies that are currently in the middle of using their ultimate abilities and will no longer affect the targets it was originally intended to be used against.

The ability “Banishment” will no longer be used against enemies that are already being affected by the “Slumber” ability.

Fixed an issue that would sometimes prevent the cooldown of abilities which were interrupted by Tasi’s “Teleportation” ability from being immediately reset.