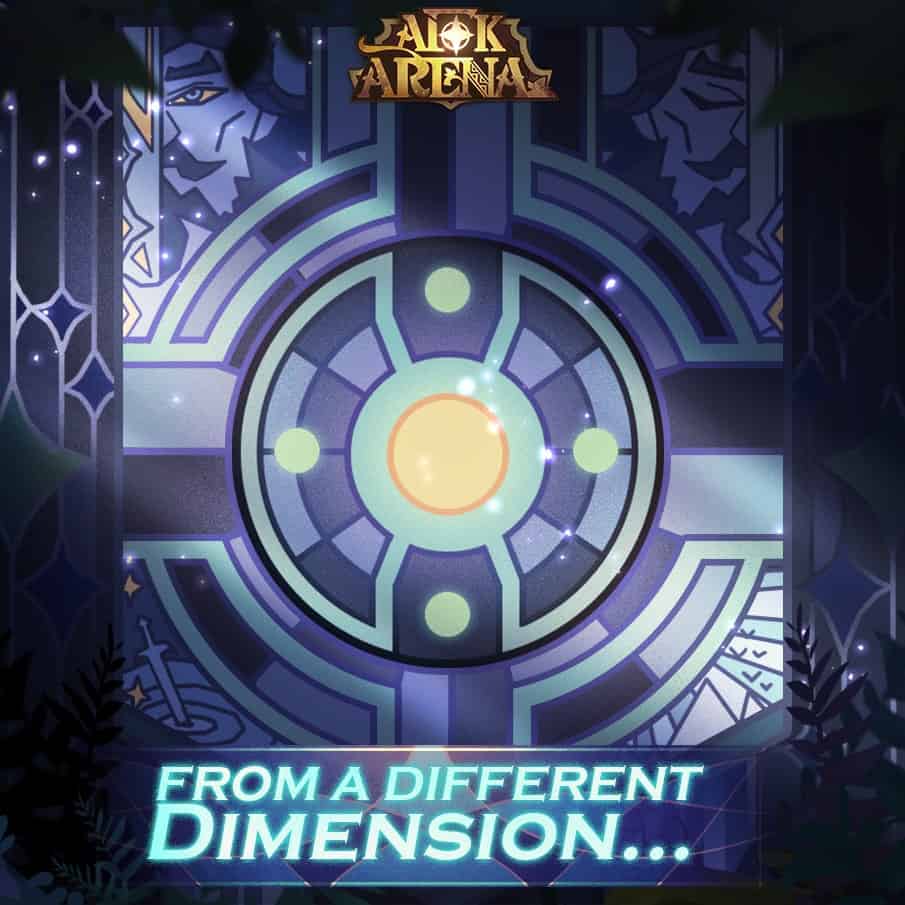 Check out the Dev Feedback post on Dimensional heroes.

The Dimensionals are a new unique faction added in patch 1.29.

The first hero belonging to them is Arthur – Pendragon.

Overall these heroes are much simpler to obtain and upgrade than any other type, as they can simply with fused with your highest hero and immediately gain the same ascension and level.

The downside for dimensional heroes is they have no faction bonus. This will severely limit them in the Legends’ Championship and possibly at endgame as well. But of course, if the heroes are overpowered then it will be a different story.

Dimensional heroes can only be obtained from either the ‘Merchants’ page or the ‘Labyrinth Store’. They cannot be pulled from the tavern, elite hero soulstones or the stargazer.

It will take a long time to obtain one from the labyrinth store, but it is still entirely possible for a F2P player to achieve. The upside is that once obtained, the only thing you really need to level is the signature item.

Dimensional heroes do not count for any faction bonus on the battlefield.

This means that the maximum faction buff they can receive is ATK +15%, HP +20% for using 4 of the same faction heroes or Defense +30%, Energy recovered when injured +25%, Crit Rating +15% for using 3 Hypogean heroes.

Dimensional heroes are not affected by factional advantages or disadvantages.

This means they won’t deal or receive an extra 25% damage against certain factions.

Signature items are not upgraded for a dimensional hero during the soul fusion process, they must be leveled up manually with “Emblems of Space“.

The signature items of dimensional heroes can be upgraded to +40.

Dimensional heroes will have their own faction gear that can be bought from the ‘Guild Store’ or purchased via limited packages on the ‘Merchants’ tab.

They cannot be obtained from AFK Rewards or other stores, so you don’t have to worry about having useless dimensional gear cluttering up your bags.

Dimensional heroes may only raise their Ascension tiers by undergoing soul fusion.

Any resources used to normally level up a dimensional hero will be returned to you when they become fused. While in a fused state dimensional heroes may not be leveled up normally.

Dimensional heroes may not be used simultaneously in battle with their fused target heroes.

Two fused heroes may be unfused at any time, however this process requires 100 diamonds. Once unfused, the dimensional hero will revert back to its original Elite ascension tier and its level will be reset back to level 1. Dimensional heroes may also be normally ascended and leveled up as is the case with other heroes.

If the fused target hero is consumed in some way, the dimensional hero will be automatically reverted to its original state without the expense of any diamonds.

You’ll also have to wait for the Labyrinth Store to refresh 4 times or manually reset it with diamonds.

If you’re wanting to buy him, it’s best to start saving up tokens now!

He can also be bought from the merchants page for £47.49 (or your currency equivalent). This seems like a limited deal for 50% off that lasts for 35 days, so presumably the price is normally £94.98.‬